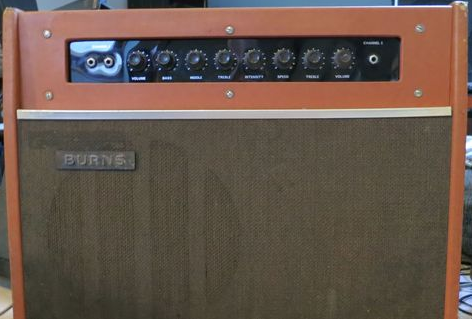 I just couldn't resist this one when I saw it's unusual coloured vinyl covering.  It was up for auction as non-working with missing components and some that had fallen off.  There's hardly any information on the internet, but I gather this is a rarity from the transitional period around 1965 -67, after Baldwin bought the troubled Burns company.  Some guitars and amps had both names on, as this one used to.  Later on they even cut out the Burns name from some guitar scratchplates and covered the hole with a blanking piece.  Anyway, after pulling the chassis to take a detailed look at the components and take some pictures, the true extent of the challenge became apparent.  I was a little confused at the negative supply voltages and thought my test leads were reversed or my meter broken.  Then I realised it was all PNP transistors relying on the flow of +ve "holes" as the main charge carriers, and that was why all the electrolytics were wired the wrong way round! 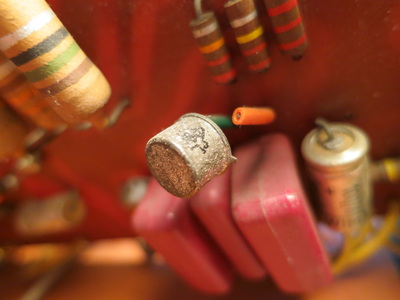 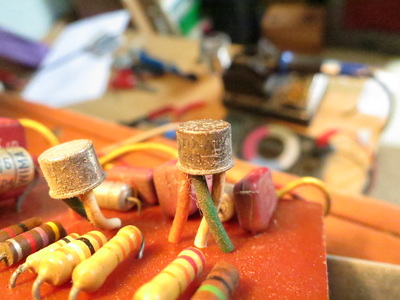 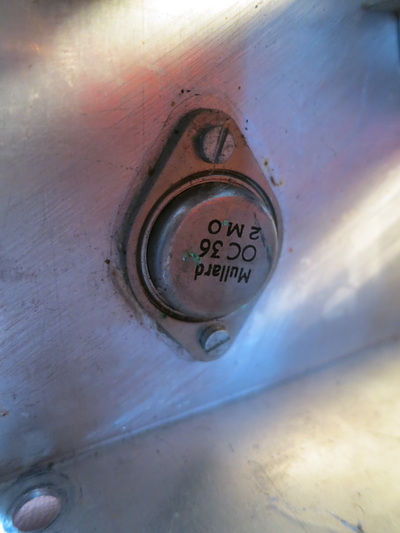 With no schematic for this model I had to make do with an Orbit 3 diagram, which has many similarities, but different sets of obsolete transistors.  Needless to say it's much more time consuming trying to figure out what's going on.  After replacing the obvious broken and missing components with what I thought would do the job, it began to make a very faint sound.  Further transistor replacements brought the tremolo pulse back but the guitar signal was still very weak in that channel.  After replacing the three power transistors with some military spec ones and tweaking the power section bias voltages, it burst into life with a decent output from channel 2. 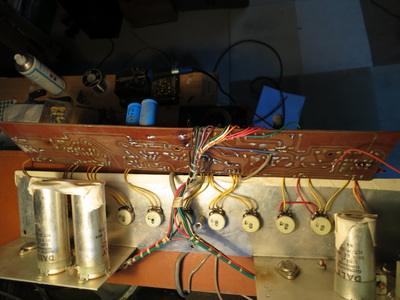 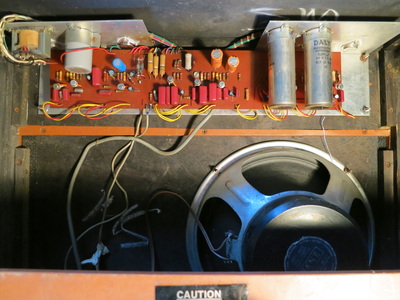 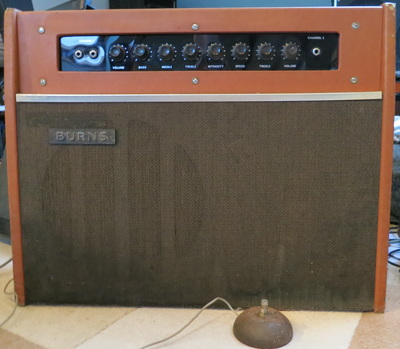 The last thing I did after a lot of head scratching was to bridge a gap (which I figured was for a coupling cap) with a piece of wire and WOW!  The only trouble is the main volume pot makes a bit of noise around the lower volume area, even after cleaning and dismantling.  I have tried different capacitors in place of the wire but they all just take the volume completely away.  I'll order a replacement pot, but for now it's all reassembled and sounding really sweet, with a surprising tonal range and a fantastic, heart-pumping tremolo.  The cabinet is well constructed from thinner than usual birch ply, which resonates well.  It even starts to break up nicely at full poke with a Strat.  Add Humbuckers and it really kicks. 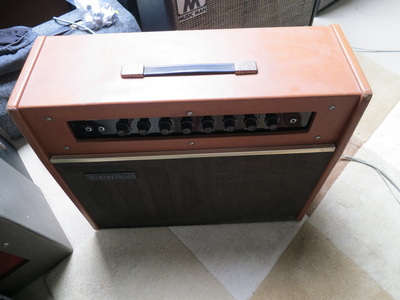 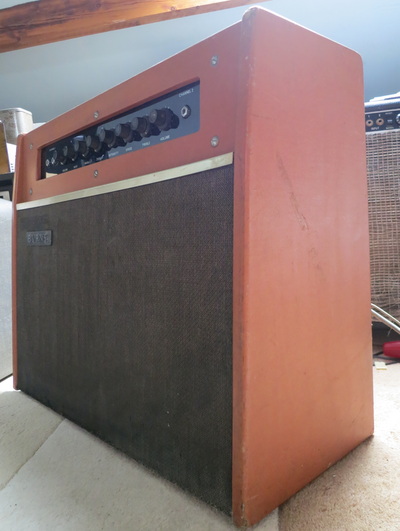 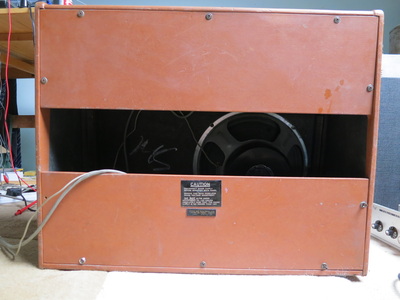 Update 29/08/14
I finally got round to another look at the Burns and got the problem sorted.  The missing component was a 1.0 uF polyester capacitor, but with a new one in place it still wasn't working right.  After checking some resistors around the first and second stage again, I discovered a 10k resistor which was reading around 5k.  I replaced it and the transistor switched on again.  The sound is much cleaner now, even with humbuckers, and the noise has gone from the volume pot. I am now a big fan of Burns amplifiers so I don't think I'll be selling this one. I also really like Fane speakers and this one has a pulsonic cone too.

Anyone got a matching Baldwin badge? 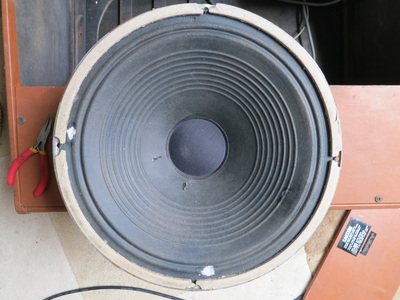 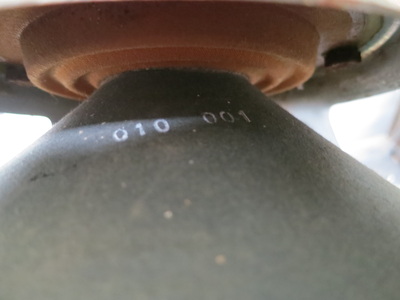 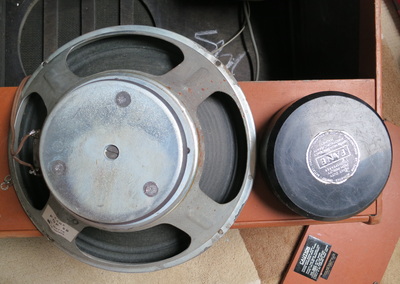