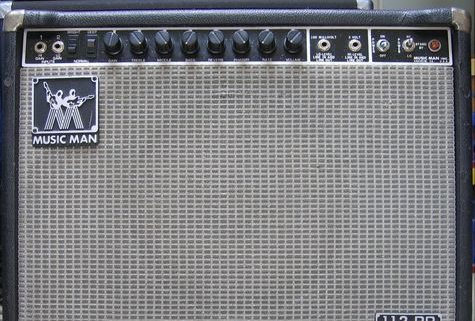 RP stands for reverb phasor.  To my knowledge this is the ony amp that has a phasor effect built in.  You could actually freeze the phase at any point through it's sweep and create the most unique voicings.  It is a hybrid amp, having a solid state preamp and 2 EL34L power tubes for output.  To get 65 Watts the HT is very high and ordinary EL34s just won't do. You have to us the higher rated ones.  I can't remember the exact voltage but 700 - 800 VDC on the plates.  Leo Fender, what a genius!

This was my first proper valve amp I bought and it worked and sounded good except the reverb was dead.  Being a 70s amp, it certainly needed a recap.  The previous owner didn't use it for guitar but to play taped music outside for Morris Dancing.  It had been looked after, though there was some surface rust on the outside metal parts.

The phono wires on the reverb pan needed replacing and the reverb driver chip was missing.  I discovered what looked like a water stain on the main pcb and it looked like someone had taken the reverb chip to get the amp working again.  Probably a sudden downpour.  The rain probably got in down one of the top handle bolts

A visit to my local shop and a 50p replacement got the reverb sounding just as it should.

Lots of really good info here on these amps and how to service them.  http://www.musicmanamps.com/

I replaced some of the old preamp chips (dual op amps) with lower noise ones with better RF noise rejection.  I also experimented with some equivalent dual op-amps recommended by others until I got the best distortion sounds.  The solid stete preamps are super quiet making these fantastic recording amps.

Eventually I had to sell it.  The guy plugged in a Telecaster equiped with P90s and it sounded so good I almost asked for it back!! 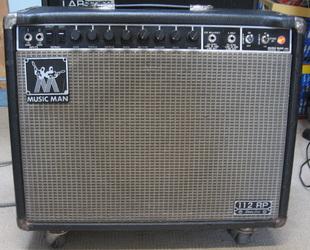 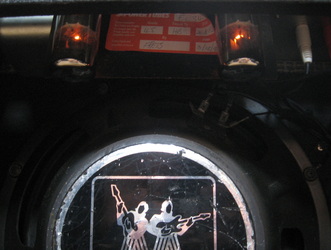 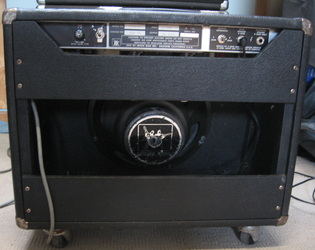 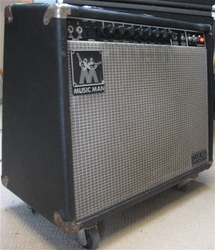 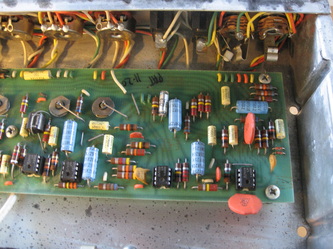 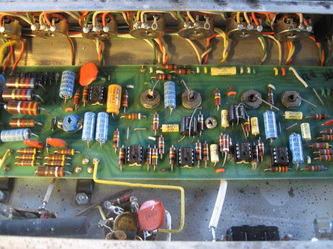 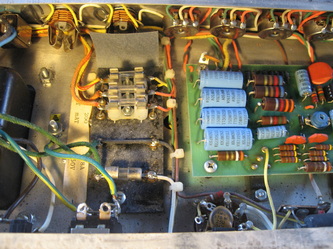 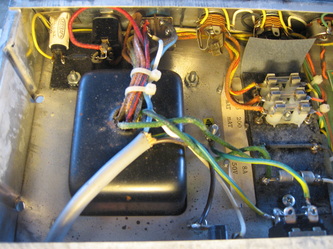 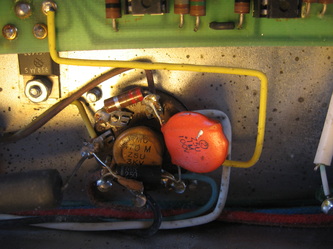 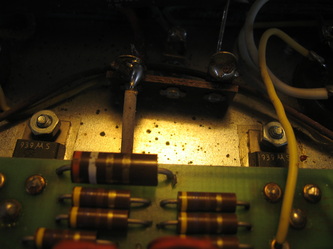 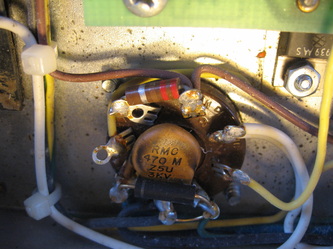 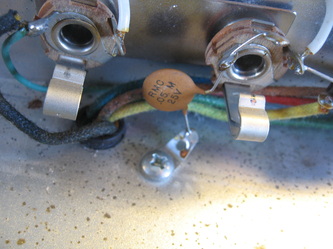 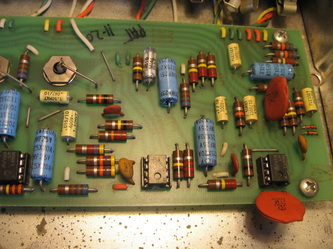 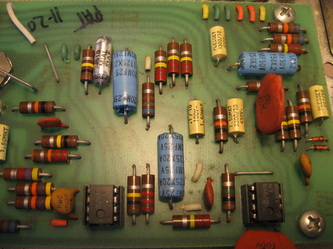 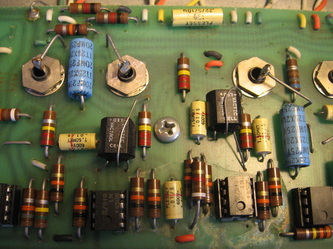 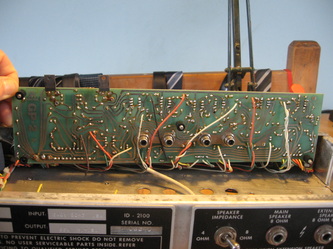 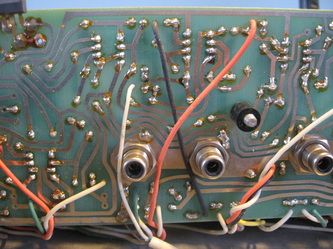 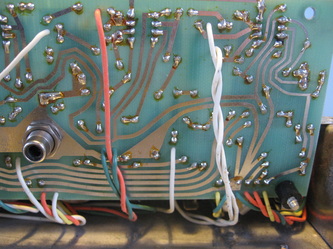 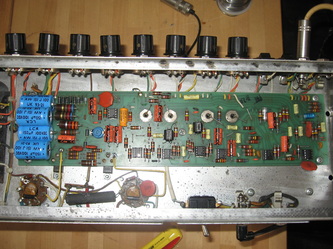 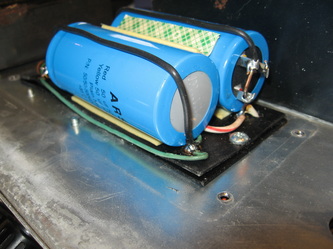 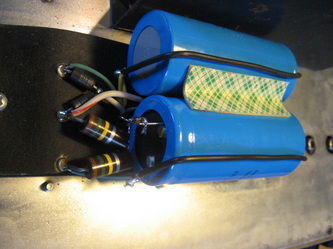 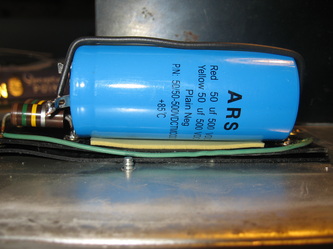 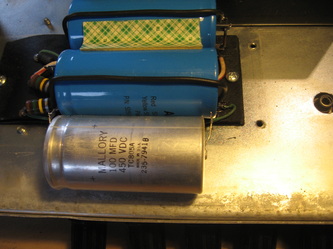 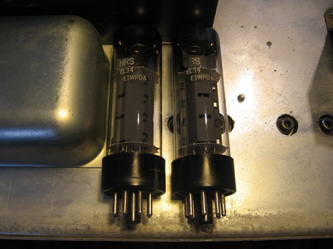