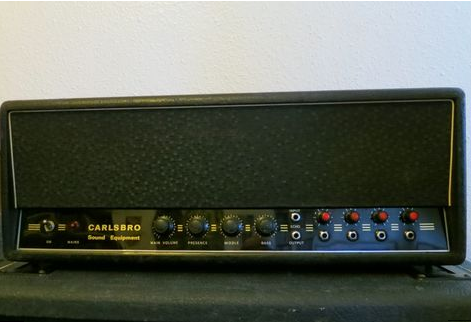 This was quite poorly when I went to pick it up.  It just about worked but emitted a very loud hum and the El34s were glowing bright red!  It was immediately switched off.  When I got it home a visual inspection revealed blistered electrolytics and burned screen resistors on the power valves.  It was running with the voltage selector on 225V instead of 250V, however correcting this didn't make much difference.  The big blue electrolytic smoothing and reservoir caps were changed and uprated from 50uf to 68uf and the burned 2 Watt 1k screen resistors were replaced with 5 Watt 1.1k.  The hum was no better, and the valves, though a bit less angry, were still running too hot, one much more than the other.  Checking the voltages revealed the negative bias was way too high.  The diode was replaced and the hum and red plating stopped.  I decided to install a new bias resistor and an adjustment pot so modern valves could be run safely.

Further tests revealed one side of the phase inverter was hard clipping while the other was quite normal. This was why one EL34 glowed more than the other with an input signal and the volume turned up.  The plate resistors on the PI should have read 100k and 90k but one measured a huge 480k.  As I couldn't find a 90k anywhere, I found another 100k carbon comp that measured 110k.  So swapping them around maintained the 10% difference as per the schematic.  Now both sides were perfectly balanced so I could bias the amp properly.

With all the repairs done I still thought the tone was  rather dark and muddy.  Changing all the other electrolytic capacitors made a dramatic difference.  Now it  chimes, it sounds crisp and clear with a slightly springy, compressed attack.

I did quite a bit of experimenting on the first gain stage of this amp, but eventually put it more or less back to stock. The first ECC83 in a stock amp has both triodes biased by 3.3 Meg grid-leak resistors, each triode handling 2 of the 4 inputs.  This method is unreliable and can cause guitar effects to sound poor, so I tried different cathode resistor and bi-pass cap combinations here. I also cascaded one triode into the other, and varied the feedback to create a wide range of distortion tones.  However, I didn't like this pre-amp distortion and did not want to mess around with the second valve, so it was put back to stock except for two cathode resistors replacing the 3M3 grid leaks of the first two triodes which were left un-bipassed.

I really like this old Carlsbro amp and I think they are very underrated.  It's incredibly quiet now with virtually no hum and effects sound great now, either in front or using the Echo in/out jacks on the front as an effects loop. 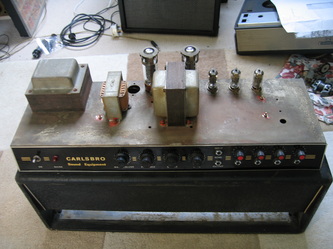 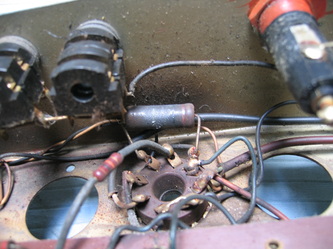 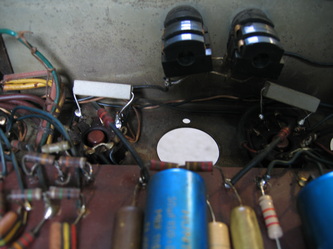 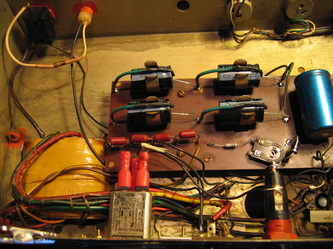 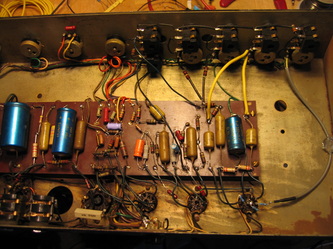 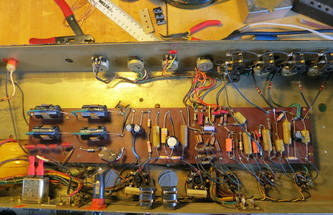 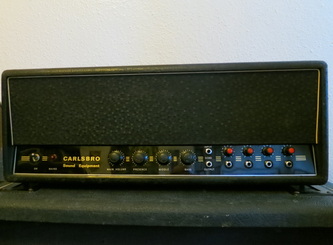 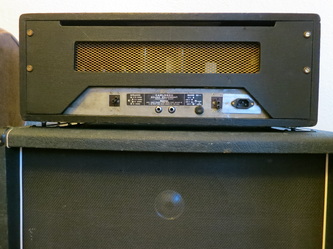