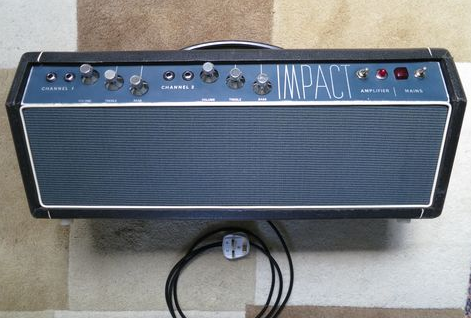 I fancied a rare old British amp to play around with when I purchased this barely working, pre-Dallas Arbiter, Impact 60.  After checking there were no dangerous wires hanging off I plugged it in via a current limiter and a 40 watt bulb.  It hummed as I was told it would and I discovered what a Dalek playing the guitar sounded like.  No wonder it sounded so bad, looking at the state of the electrolytics that had been thrown in.  Replacing the main filters made a huge difference and I could tell this was a good amp.

The main problem was the 2 Mullard EL34s, one an xf3, the other an xf4, and the bias voltage being way too low, was causing the plates of one valve to glow after a few minutes.  I checked all the resistors and replaced the pair of 220ks with a matched pair.  The grid resistors and screen resistor needed changing and one of the octal valve bases was broken so that was replaced too.  One of the EL34s was weak but I found a spare Edicron that matched the other good Mullard to within 3mA idle current.  The bias resistors were wrong and it took a bit of trial and error to get the correct current readings.

With the power section working nicely I moved to the PI and preamp circuits.  The cathodyne PI used here needs a matched pair of 100k resistors for balanced cathode and anode outputs and I had some carbon comps for this.  However, after all the faulty and off-spec components were replaced, the amp was not sounding great.

I like to take my time with projects, especially when there is little information to be had.  There were discrepancies between my amp and the schematics I found on the very informative Elgar Audio website.  The plate voltages should be around 450V but mine are 80V higher, at 530V.  I think it may have been modded and there are signs of clumsy soldering and the use of bad components for repairs.

I left it alone for a few weeks to mull over and compare the circuit with others of the same era.  I took it to a friend's studio and I quite liked the sound it made, on the edge of breakup with hum-buckers, even at quite low volume.  However, it didn't sound right, so it went on the oscilloscope.  (Please see the oscillographs below showing "nipple distortion").

After adding a 1 meg grid resistor and completing the recap job to include the preamp bipass capacitors, the thing has changed into what I imagine it was supposed to be.  Loud, full, shimmering, and unique!  I must give it another blast in a big room sometime.

Thanks for your interest. and I'll let you know! 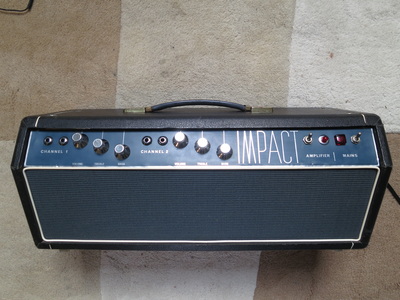 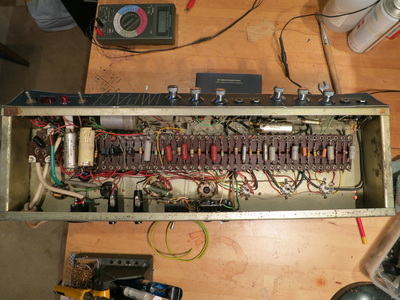 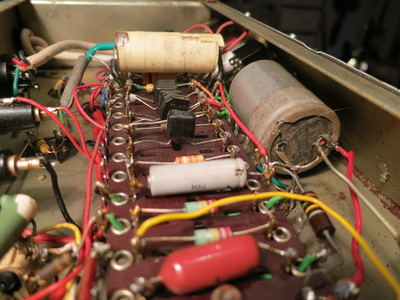 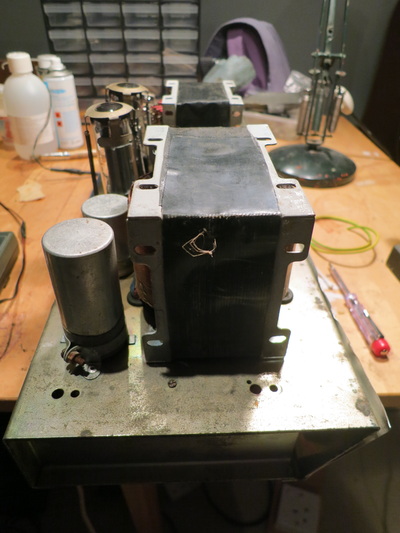 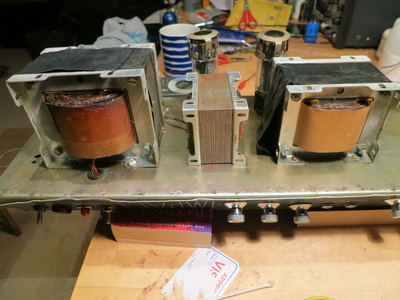 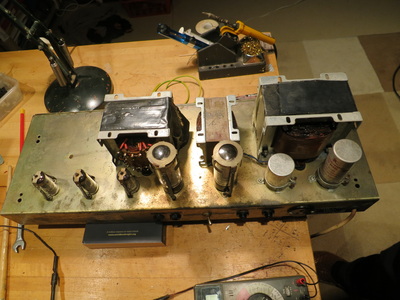 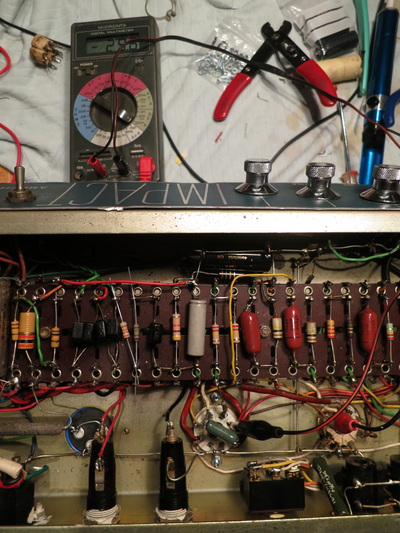 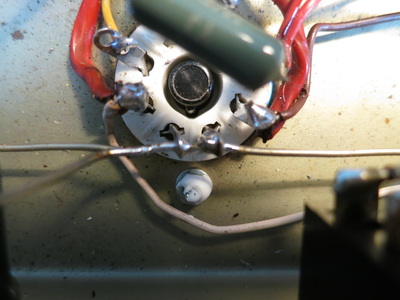 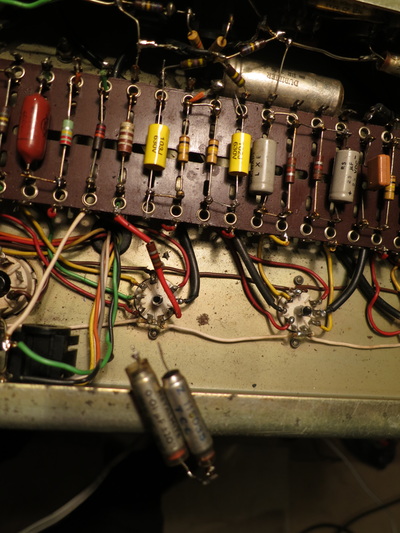 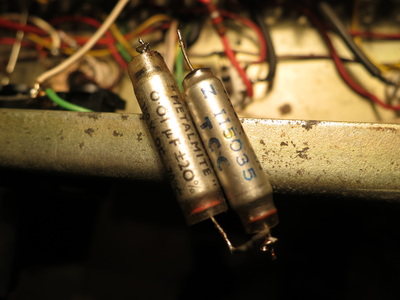 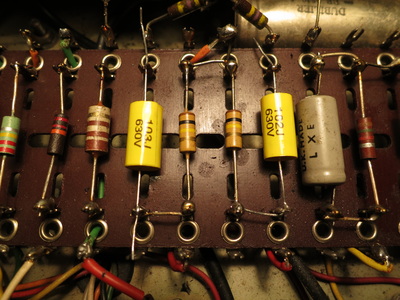 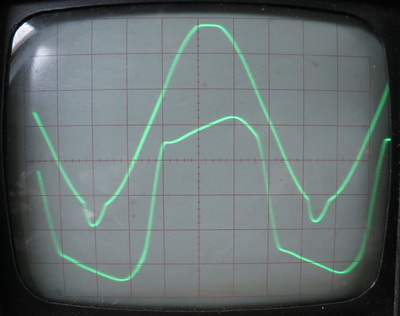 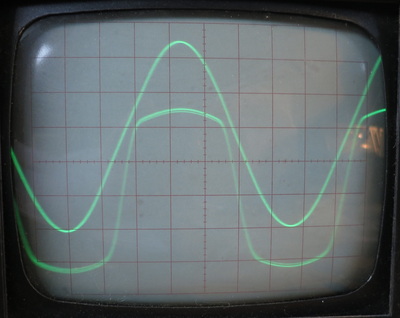 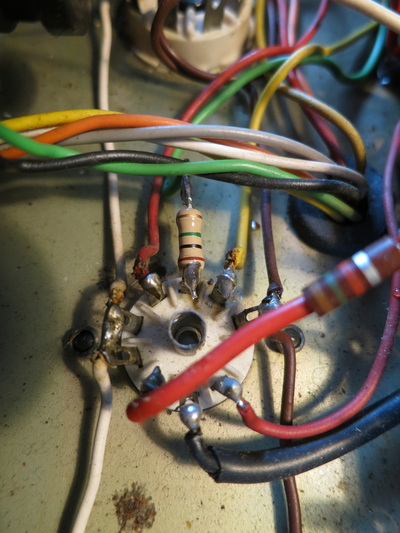 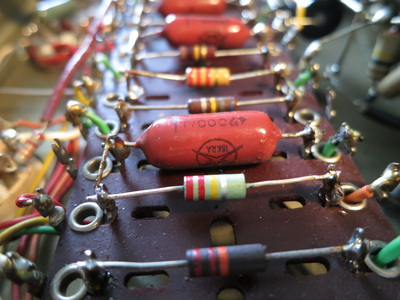 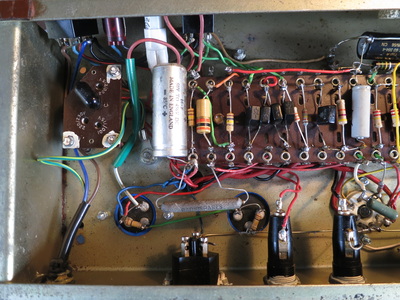 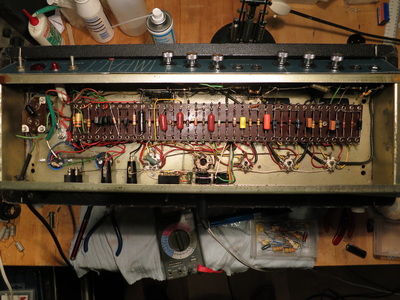 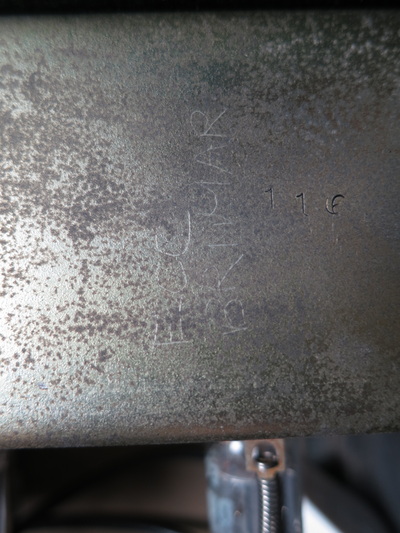 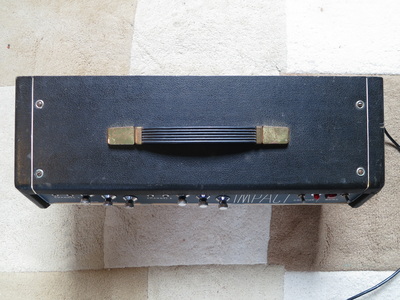 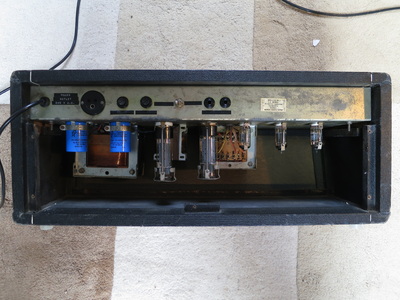 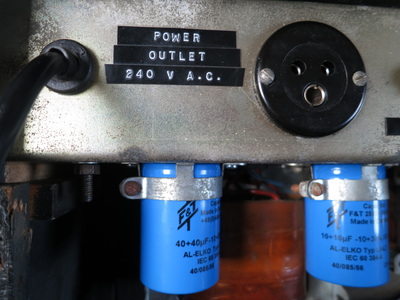 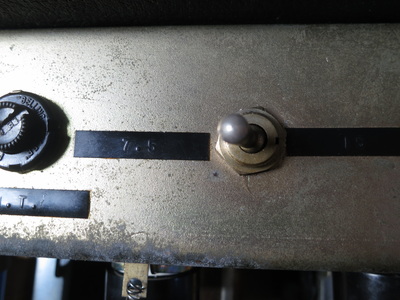 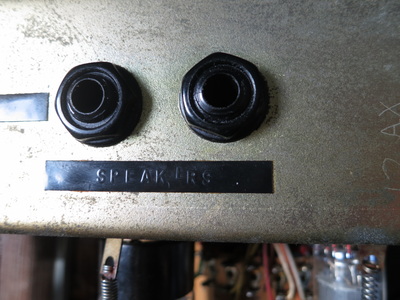 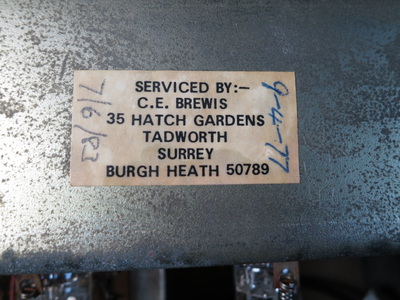 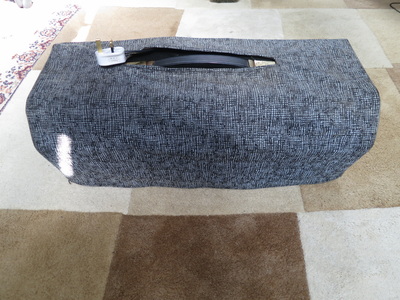 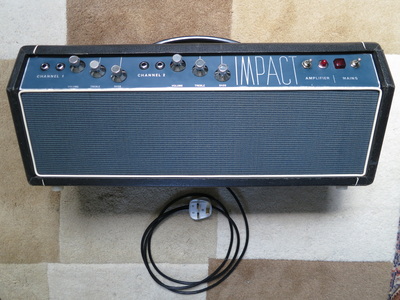 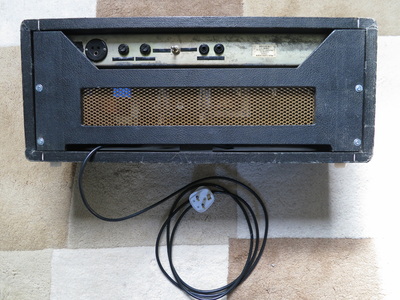 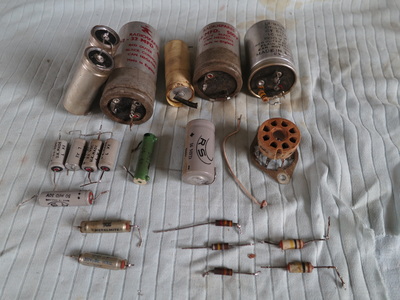 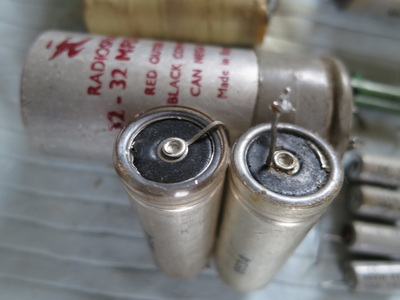