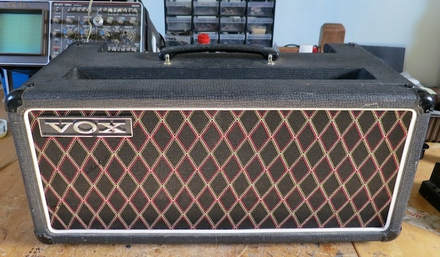 This lovely Jennings Vox AC 50 from around 1967 came in with red plating power valves.  Several other faults were found, a previous modification being the main cause of trouble.  There was also a capacitor soldered to the wrong terminal!

After researching the various different circuits it is back to it's original specification.  This model uses a mixture of fixed and cathode bias for the power valves.  However, someone had replaced the 47 Ohm cathode resistors with 1 Ohm ones, presumably to make it easier to set the fixed bias.  Unfortunately, this removed a good safety feature, so that if the bias is adjusted too high the valves can overheat when played at higher volume.

Most of the electrolytics were replaced, including the ones in the bias section, to ensure reliability.  The amp was eventually adjusted to around 50% of maximum plate dissipation, which gives a good safety margin without affecting the tone.

These are seriously loud amps!   Whilst monitoring this one flat out for 15 minutes, with no sign of red plating, it measured 86 Watts into an 8 Ohm dummy load with a 1kHz signal!  That's from a pair of EL34 in mixed bias!

Another thing worth noting, is that the grounding system used here is much better than the rather random AC 30 mess.  It all makes for a much quieter amp in the background, which makes it great for recording.

A good year later and this very good regular customer says he really loves the amp and it still works flawlessly. 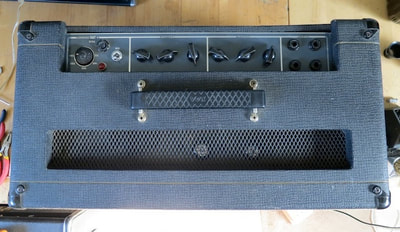 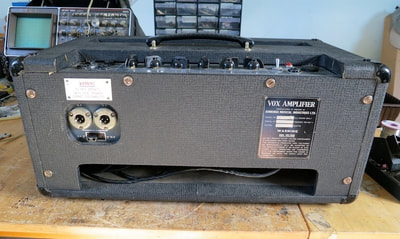 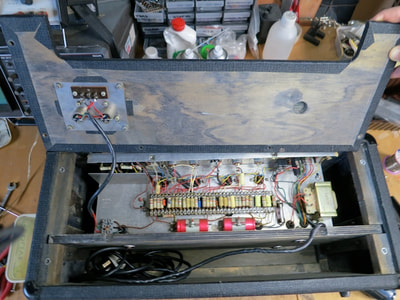 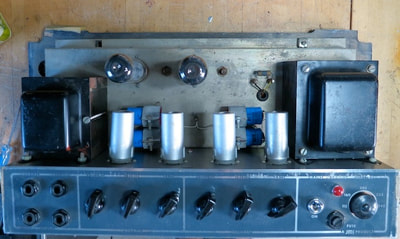 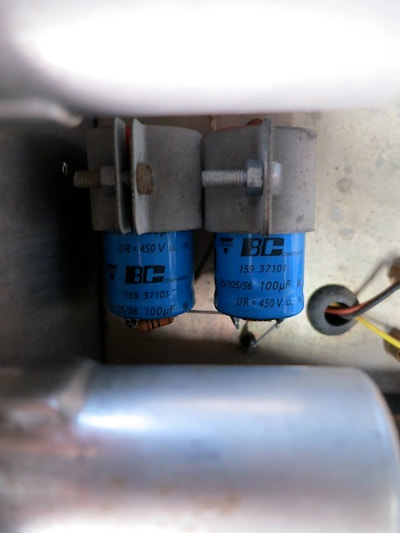 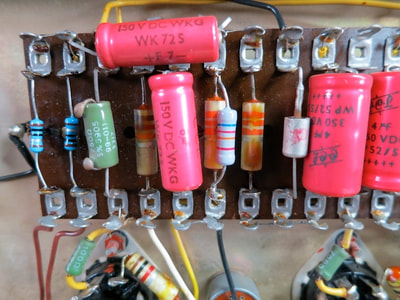 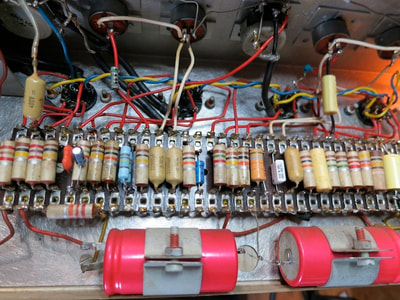 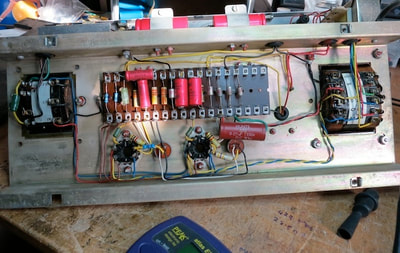 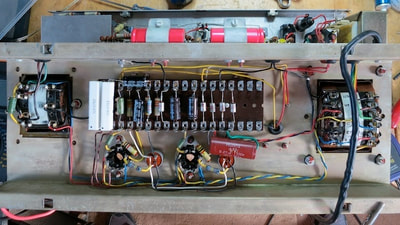