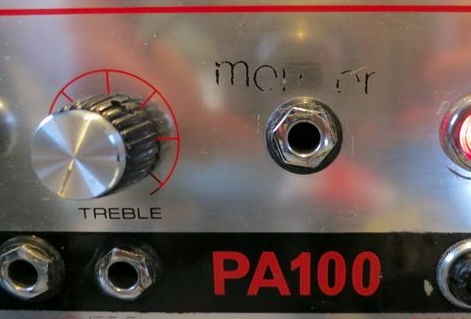 The Wem PA100 is exactly the same as the ER100, unless I missed something!  This amp was working but there was quite a bit of hum, the pilot light was broken and the on/off switch was a bit dodgy.  It also needed a good electrical cleaning and general service.

A visual inspection picked up signs of overheating in the power supply including a badly blistered red wire. This indicated a bad filter capacitor.  Being aware of the low resale value of these amps, I managed to source some relpacement capacitors locally for not much money. Luckily I have a few Wem style pilot lights so the owner was dead chuffed when he came to pick it up.

All the other electrolytics were left alone as they looked OK and the amp sounded fine with its new power supply caps installed. No point in spending a lot of money here.

These are decent enough amps if you're on a tight budget and use an effects board to generate your tone.  They sound prety much like the Dominators do clean, and have a good range on the tone controls, including treble boost switches on each channel. 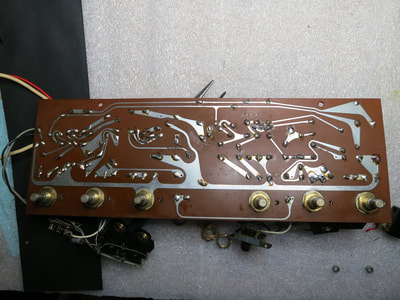 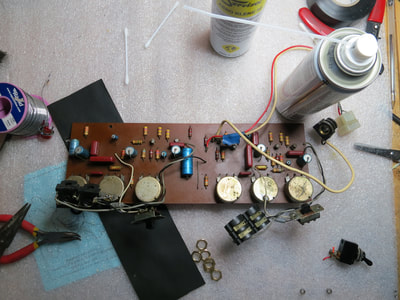 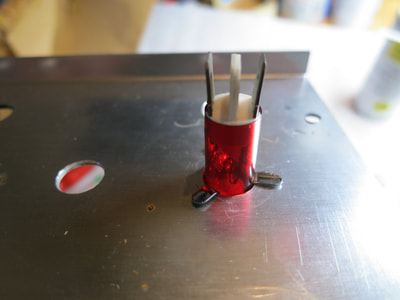 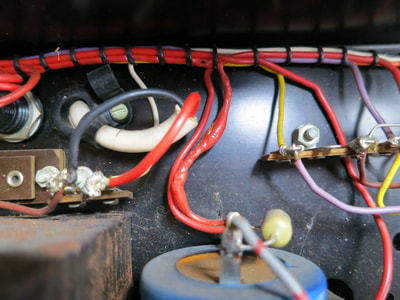 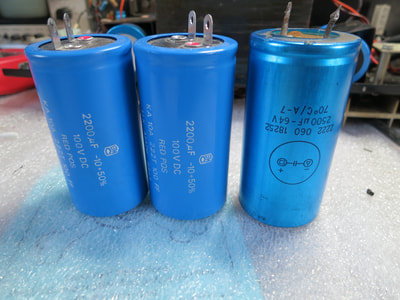 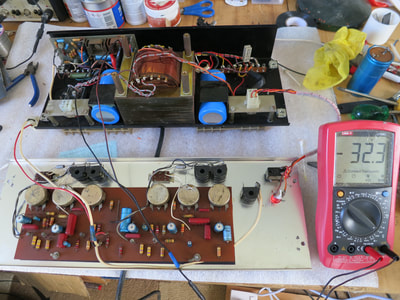 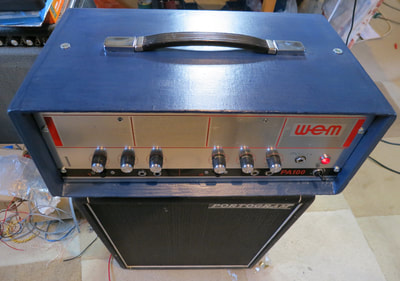 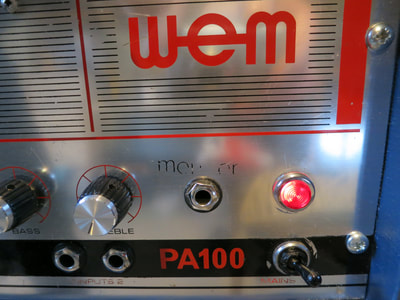 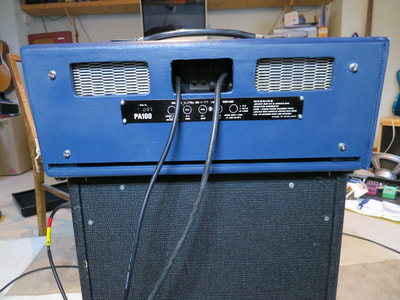