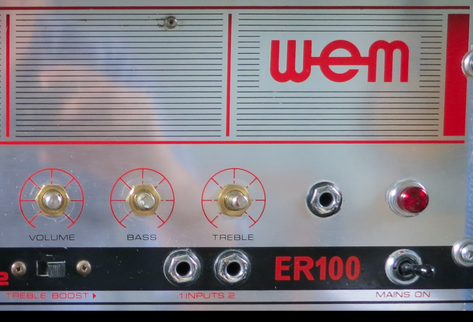 This Wem was brought in by an avid Wem collector who said he got it from a guy who used to rent out band equipment in London a couple of decades ago.  It came with no mains or speaker plugs and it hadnt been used for a very long time.  I gave it a good check over and here's what I found.

The mains primary was fine and the earth bond was good so after reinstating the mains and speaker plugs I fired it up using a current limiting device.  The controls were noisy as you would expect and there was some low and distorted output with a guitar which needed investigating.

Although the main filter capacitors measured excellent so were left alone, several of the smaller ones were in poor shape in both the power and pre-amp sections.

A full service and recap later there was the normal background hum and hiss but there was no output at all with guitar!

Checking voltages again I discovered a 560 Ohm power supply resistor had gone open circuit so nothing was feeding the pre-amps.  After replacing the dud resistor with a nice Iskra 2 Watt one I had on hand, all was well and a perfect sine wave was observed, delivering around 80 Watts into an 8 Ohm load. As Wem designed thes amps to be used with one of their special 6 Ohm cabinets, I guess it would reach around 100 Watts in that situation, or into a 4 Ohm cabinet.

After letting the amp run a few hours, just in case any other resistors decided to fail, I had the tricky job of putting the chassis into the customer's new custom cab.  The materials were a lot thicker than the original so the bolts were only just long enough to to get a nut on the end, using quite a lot of force to get them to meet up!

So where are the knobs!  Well I had to totally destroy three of them in my metal work vice to get them off!  The grub screws were well and truly corroded in. 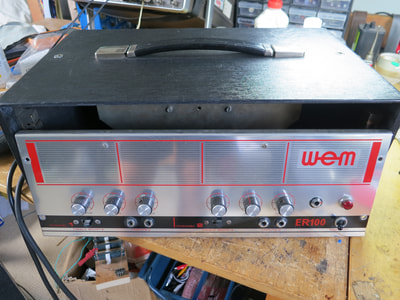 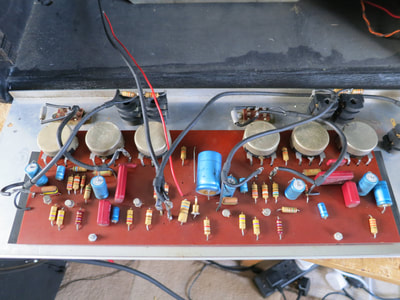 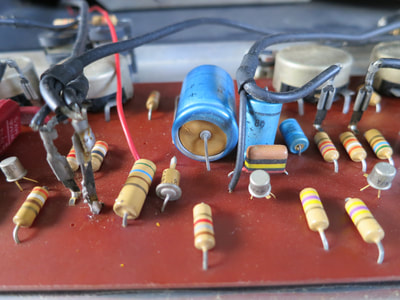 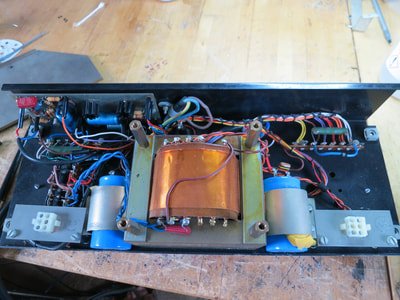 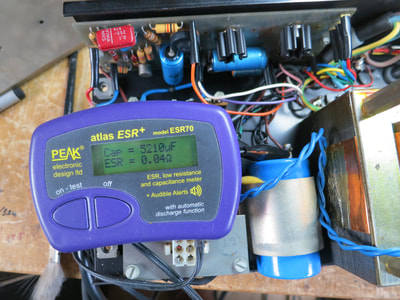 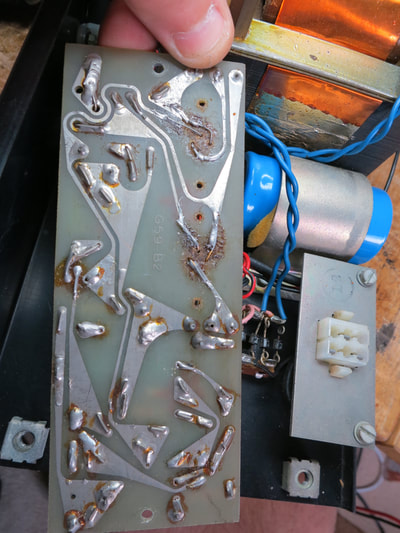 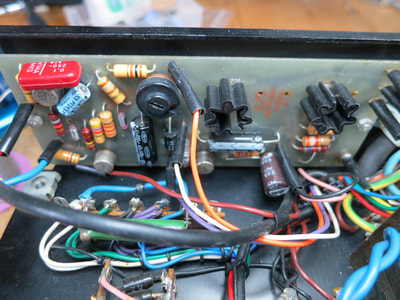 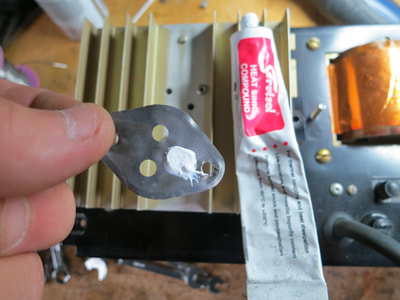 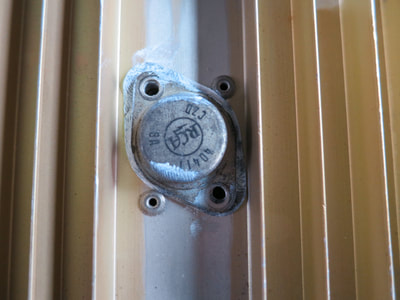 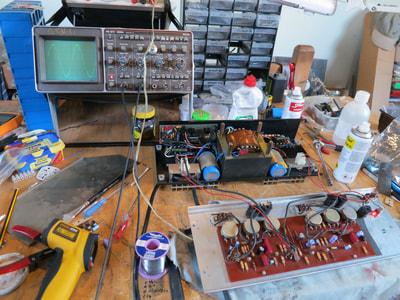 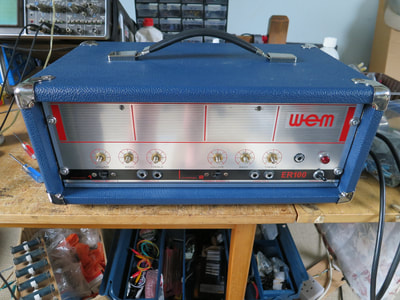 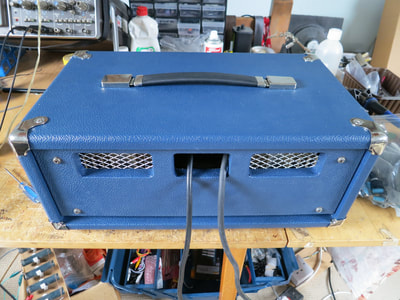