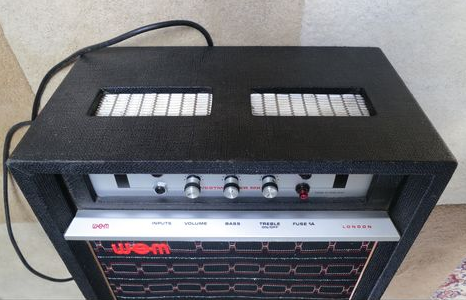 Another faulty amp purchased for fun and my education.  This one was a squealer!  As soon as it warmed up it hummed and then screamed unbearably so you just had to shut it down.  These are a bit awkward to repair as you have to strip out everything including the speaker to remove the chassis.  To get to the solder side of the PCB, you have to strip it down even more.  After checking for obvious signs of trouble and trying different valves, I came to the conclusion the Mullard ECL82s were shot and there were some leaky coupling caps in the powers section.  I was not prepared to change one at a time, then reassemble each time to test it, so I went ahead and replaced five green polyester coupling caps, all rated at a mere 250V.  It seemed a lot happier with 550V equivalents.  However, one of my spare Pinnacle valves was running too hot.  I replaced the Mullards and was surprised to find they now worked, which confirmed the leaky coupling caps.  However one of them was also looking a bit hot.

I know others working on these have upped the 200 Ohm cathode resistor to stop the ECL82s burning up, so I substituted a 250 Ohm, then a 390 Ohm which seemed to keep the valves from melt-down.  I checked the schematic of the Mk 1 Wesminster and noted that it used a 390 Ohm shared cathode resistor.  Why did Wem use almost half the value in the later Mk 9?  Anyway, the Mullards are back in and sounding great now. 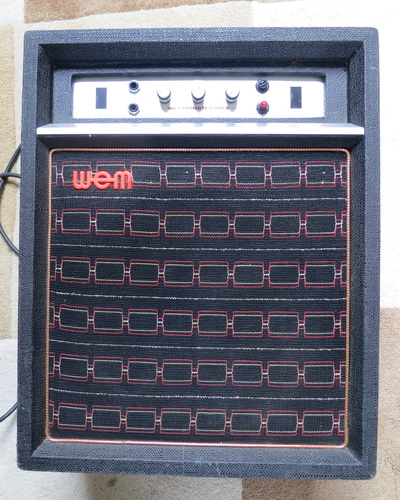 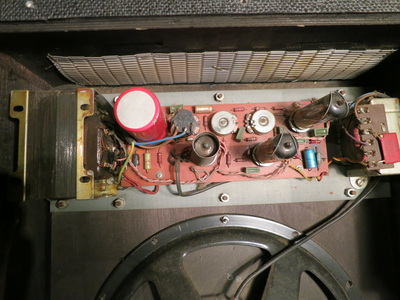 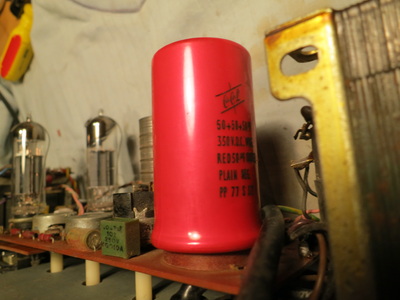 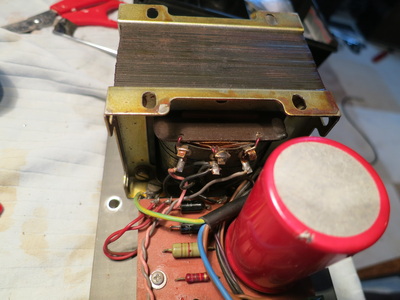 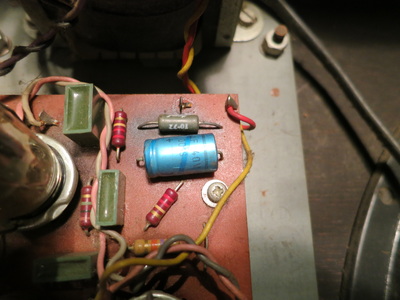 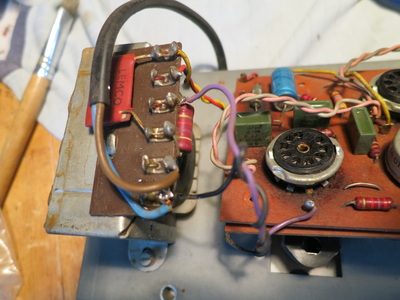 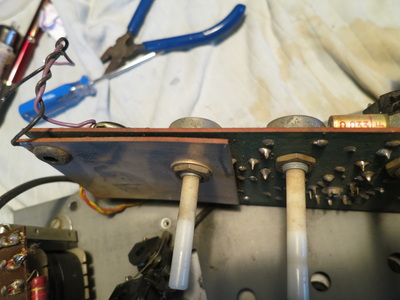 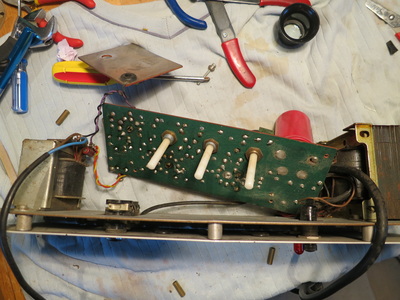 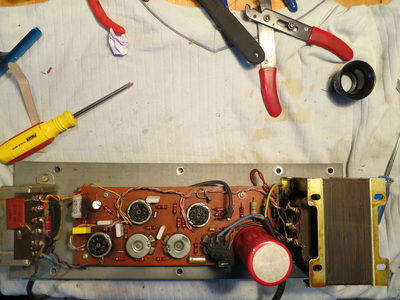 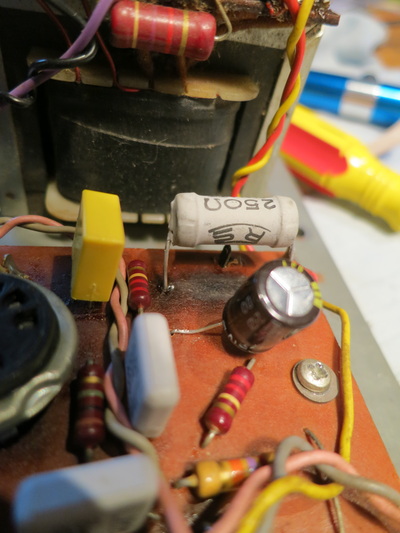 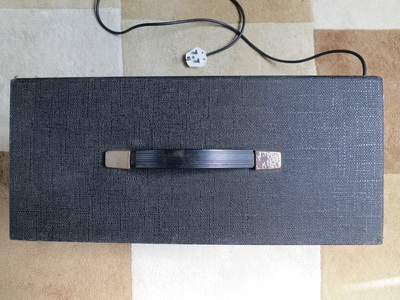 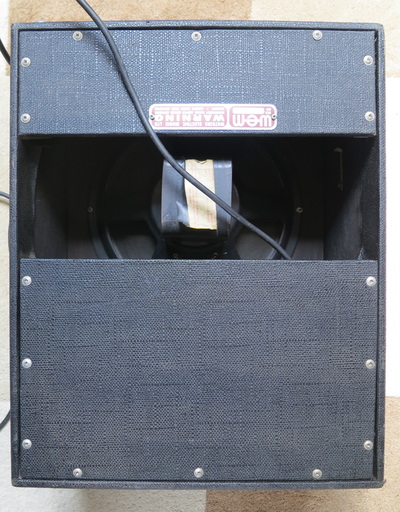