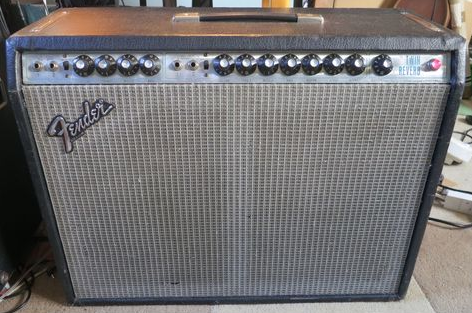 Another Fender Twin needing a bit of TLC.  I was a little disappointed when I went to pick up this Ebay win as it had clearly been recovered.  The legs were not there and it had no casters, only "glides".  Never mind that, but there was more than the normal background valve amp hum (Twins are usually very quiet).  When I pulled the master volume boost switch out, the noise jumped up suddenly to an unacceptable level.  This is the problem with auctions.  Not everyone is honest and forthcoming about any shortcomings their beloved amps may have, and photos can be a bit fuzzy/vague.  I payed way too much under the circumstances.

The usual servicing/overhaul, including a full recap, did not improve things as I expected, so it was time to trace the fault.  It turned out to be the choke that was not doing it's job of filtering the ripple voltage out of the HT feed to the screens and the reverb transformer, which supplies the gain "boost".  The oscilloscope picked this up as a sawtooth wave instead of smooth DC.  I temporarily replaced the choke with a 1K,  5 Watt resistor and the hum disappeared, confirming the choke was indeed faulty.  That was even more disappointing because the transformers and the rest of the circuit were basically original.

Not to worry too much though, it's a great sounding and very serviceable amp now, even with a shiny new choke.  The hum has gone and it's as good as new with an almost brand new set of valves.  I did add a bias ajustment pot because the bias was very cold and needed to be set correctly.  It is a totally reversible mod though, and the bias ballance pot still functions too. 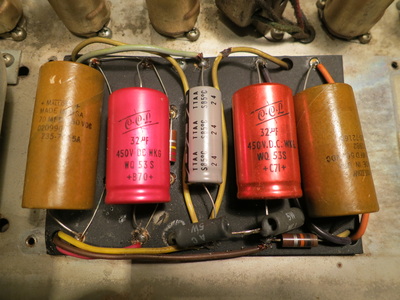 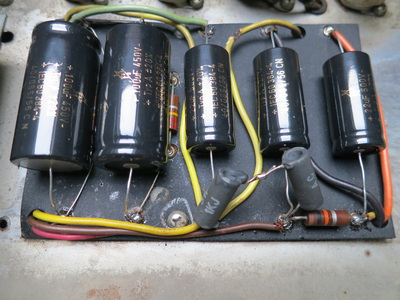 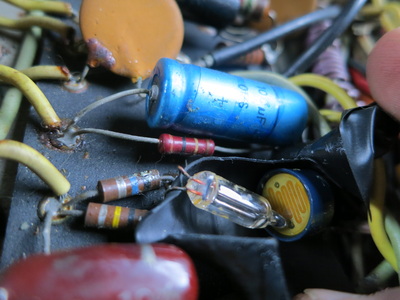 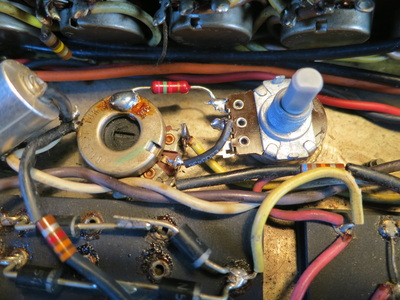