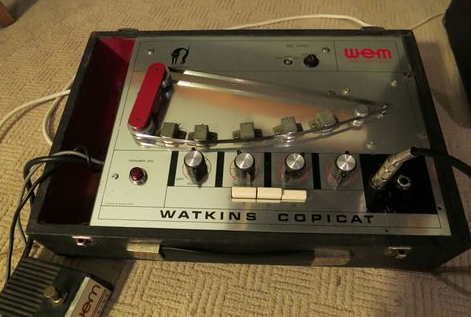 Copicat Mk3 Restoration
I thought I got a real bargain here but it was in a pretty neglected state.  It buzzed, all the pots crackled and cut out, and the echos were weak and distorted.

First step was to clean all the pots, jacks and heads.  There was a marked improvement.  The buzzing was gone and the pots worked fine but the echoes, although louder, were still distorted.I managed to download mk 3 and mk 4 schematics which were only partly legible and obtain replacement electrolytic caps at a local Maplins.  Most of these were radials which substitute well for small axials. The filter caps would have to wait.

There was a very noticeable improvement, although the loop that came with it needed replacing, and there was a little warbling and noise caused by the tape joint moving over the capstan.

Further improvements were gained by dismantling all the moving parts, cleaning and re-lubricating them and re-tensioning the arm. I also gave the heads a very mild abbrasive clean with P1000 wet and dry.  A bargain head demagnetiser from Ebay and a home made loop improved the signal to noise but I was still unhappy that the echos distorted when I hit a loud note or chord.  Reducing the gain setting cured this but the overall output seemed a lot quieter than plugging a guitar straight into the amp.

A further series of investigations to check the bias oscillator function and amplifier sections using a signal generator and an oscilloscope, revealed the distortion on the envelope waveform.  I figured that there was too much audio signal hitting the record head and causing tape saturation too early.  I located a resistor that mixes the audio with the bias signal (47kHz) and increased it's value by 50%.  Now I can match the output much closer to the volume I wanted and have cleaner echos.  To compensate for the lower audio signal on the head I just turn up the swell a bit more.

I was surprised that this small modification really improved the sound quality and signal to noise ratio.  I thought about increasing the resistor again, but that would mean I would have to turn the gain up quite high to get that lovely warm tape saturated distortion.  Now I think it's just right and I am over the moon with my new old machine. 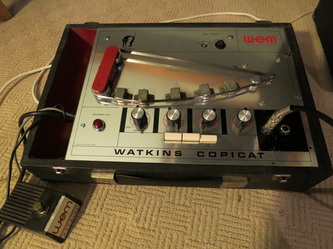 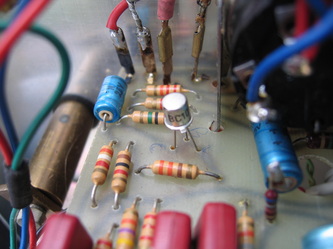 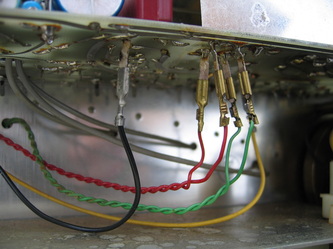 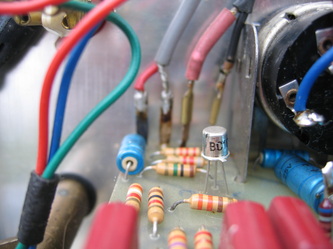 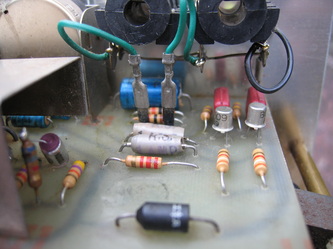 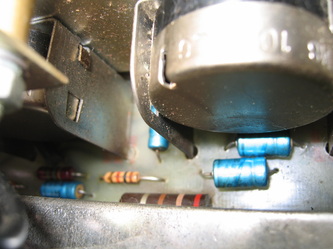 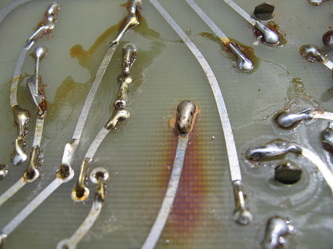 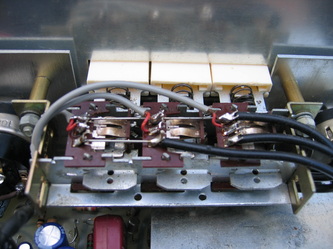 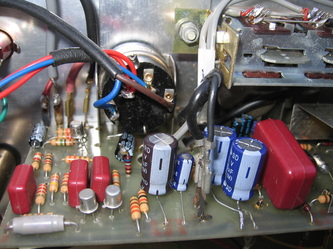 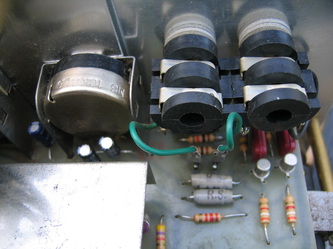 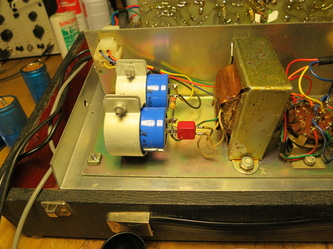 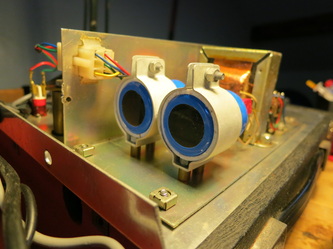 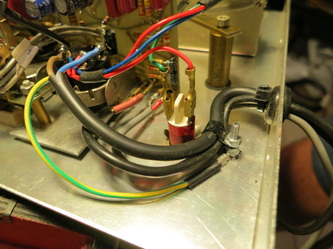 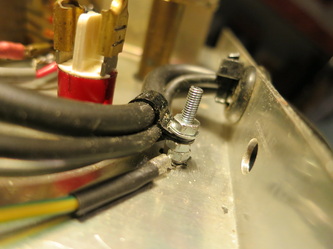 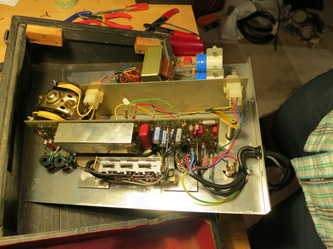