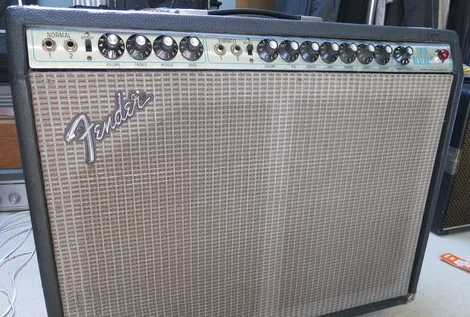 I took a big risk with this one, bought for parts not working.  It was blowing fuses as soon as it warmed up.  I like a challenge though.  The previous owner had this amp for around 30 years and described the noise it was making last time it was in use, as loud crackling!   He had the amp recapped and all new tubes were fitted, but apparrently that didn't cure it.  After much panicking over blown transformers, I managed to get it running on one speaker, with two power tubes pulled and powered through a bulb limiter.  It sounded good, but the 100 Watt light bulb was glowing more than it should, indicating a partial short.  On checking under the metal pan, it appeared only the main filters had been replaced.  The three smaller 20uF ones and the bias supply filters were original.  I replaced these, but then saw one of the tubes glowing red!  I discovered the bias balance pot was faulty, so it was taken apart, cleaned, retensioned and put back.  The hum balance pot was also burned out and had to be bipassed with 2 x 150 Ohm resistors from the heaters to ground.

After all this and swapping power tubes around, I was still seeing a red plate.  I checked the photos I always take on the computer and took a closer look at the bias circuit.  That was when I spotted a bad solder joint.  I repaired that and everything seemed to be good.  After checking the current draw several times, I couldn't mange to stablise it. The current draw just kept rising until after 15 minutes I had to turn it off.  None of the new Harma valves were matched or stable.  They were unuseable.  I think they must have been badly injured by an intermittent bias supply voltage, causing a massive overdraw of current, and hence the fuses blowing.  One of them actually arced at one point!

Luckily I had two different pairs of good used 6L6GC valves that came with the amp as spares.  They proved to be stable straight away and about 50mA current per side.  A quick adjustment of the refurbed bias balance pot and the most goegeous tone emerged when I plugged in my Sheraton.  I always watch a repaired amp and check the bias several times before declaring it "fit for work".  I am very happy with this one, and really chuffed there was nothing seriously wrong with it.  The ultralinear output transformer is twice the size of a normal TR and the bass response is huge!  The mains tranny, likewise is a monster, delivering higher voltages too.  I think you would struggle to blow either of them.

Silverface Fenders, in particular this model, take a lot of flack on the forums but if you ever played or heard one, you would know why they have been the pro amp of choice for decades on thousands of stages and studios around the world.  They are a bit on the heavy side, but not as heavy as my Traynor! 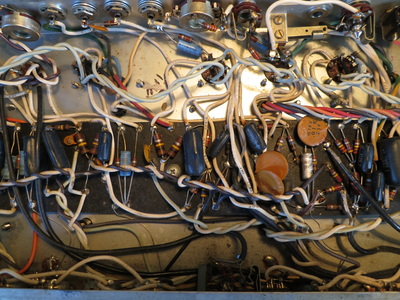 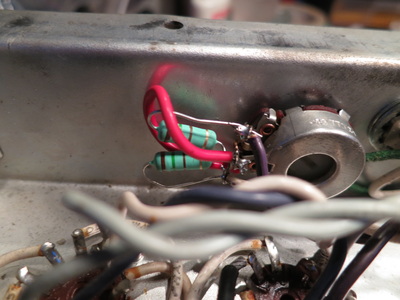 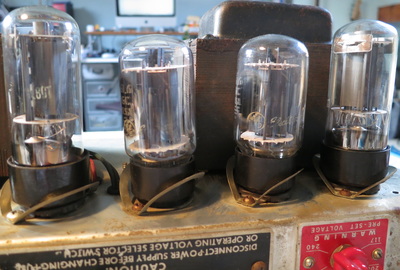 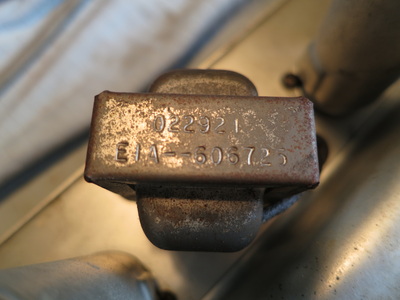 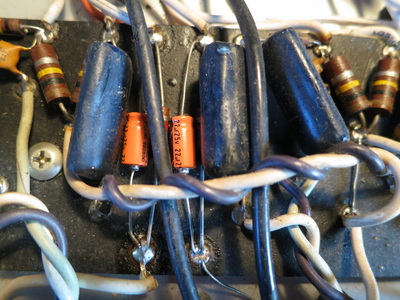 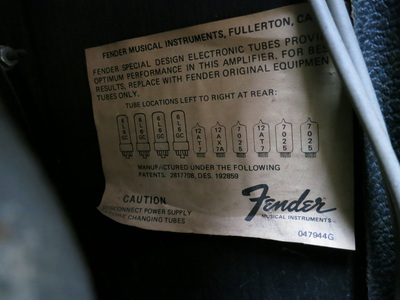 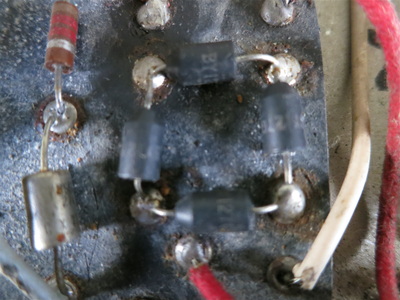 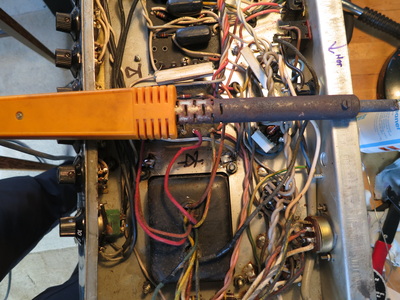 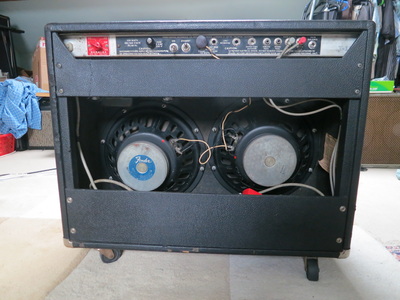 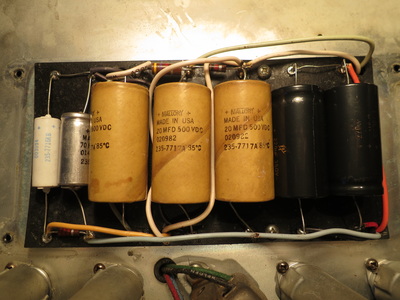 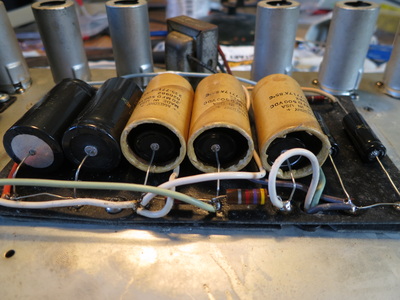 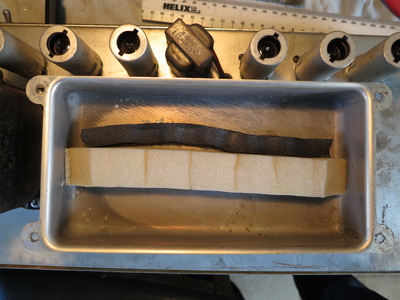 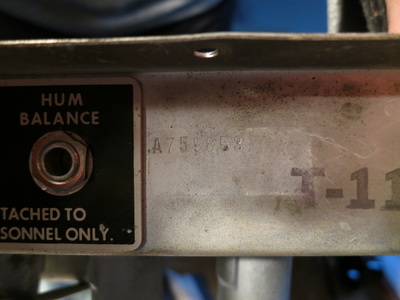 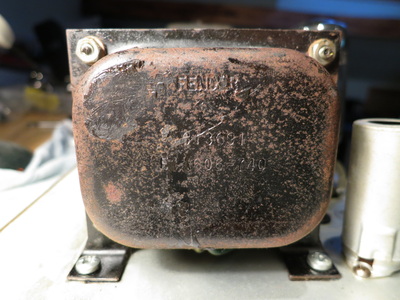 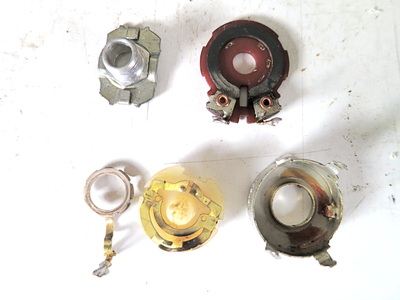 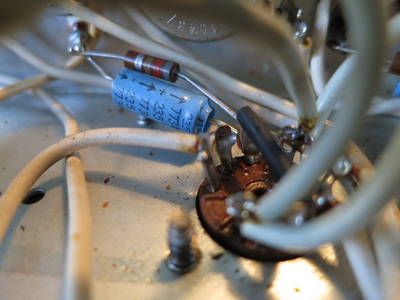 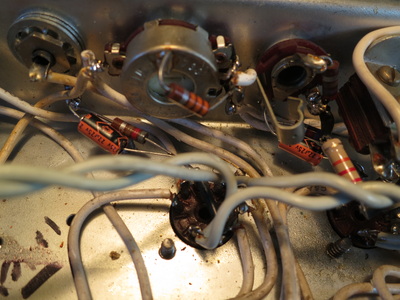 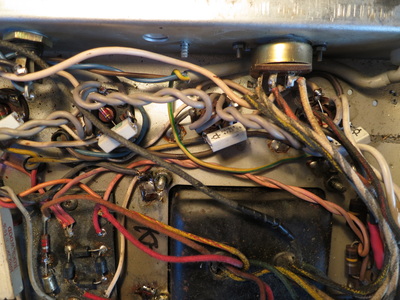