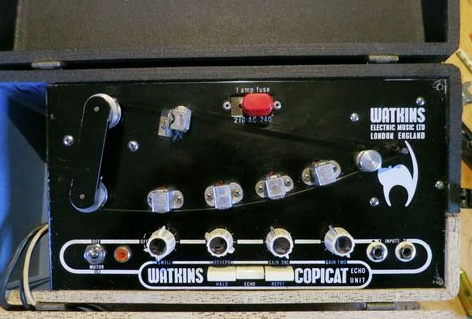 Here is an early Watkins Copicat with an added erase head as well as the AlNiCo one hidden in the arm. Although the pre-amp section was working, sadly there were no echos. First thing to do was check all the obvious things like loose components, wires off, burned resistors, foot-switch etc.  The most obvious thing here was that almost every signal capacitor was a notorious black Hunts variety, which I normally don't even bother to check.

Next thing to look at were the mods.  This unit has had a lot of work done, though the reasons for this are not clear.  There was a whole nest of resistors and small value capacitors all tagged together, next to the gain controls and covering half of the main tag board.  This was probably an attempt to suppress parasitic oscillations. More on that later! They would have to come out so I could get to all those old Hunts capacitors, and check those half century old carbon comp resistors. 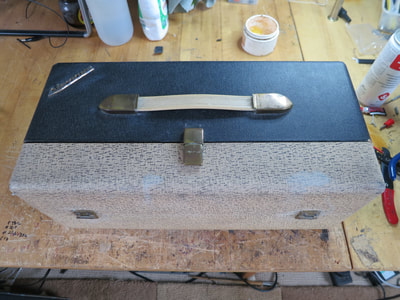 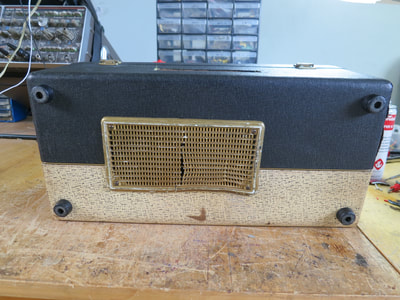 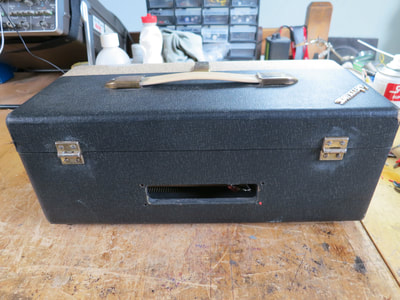 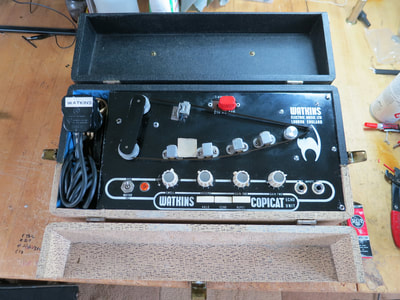 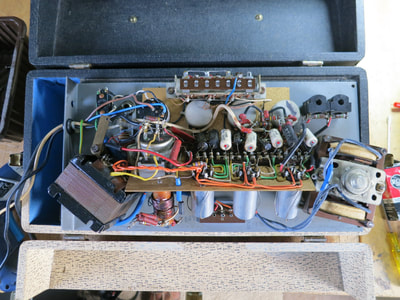 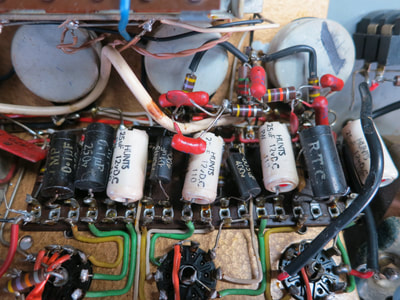 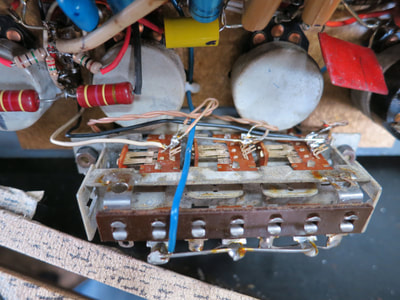 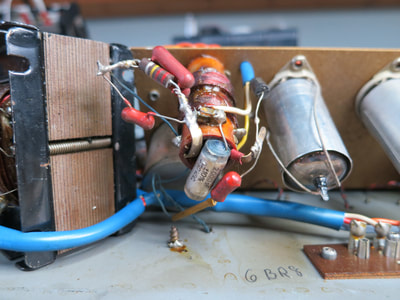 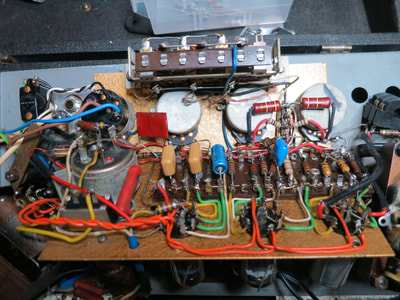 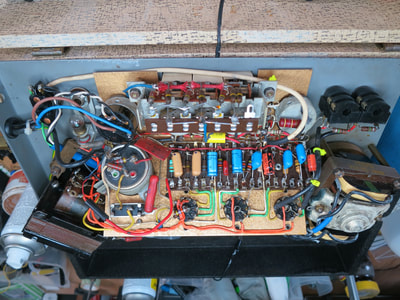 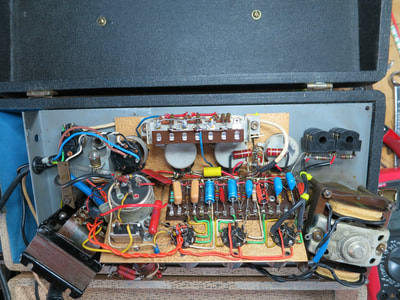 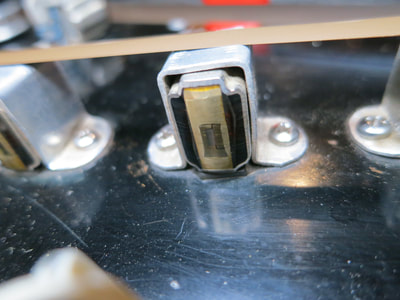 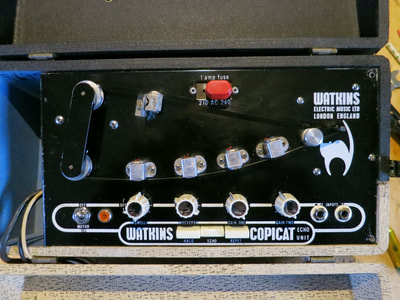 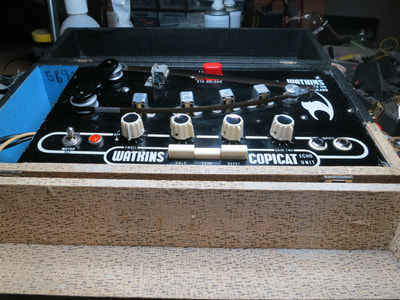 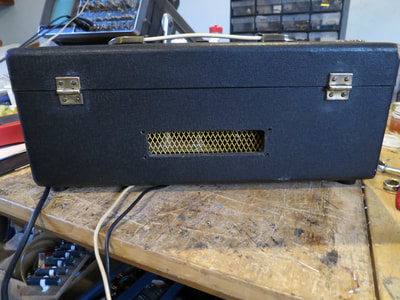 The heads, although quite worn, all had appropriate DC resistances.  The two Mullard short plate ECC83s and the 6BR8 measured great and the oscilloscope confirmed appropriate bias to the record and erase heads so the thing should work.  Voltage checks around the valves showed the middle ECC83 only had around 12.7VDC to the plates.  No wonder it wasn't delivering any echos.

This was a difficult job.  Firstly, the tags on the board were quite brittle and kept snapping off.  There's not a great deal of space to work and the board is riveted to the chassis, so it can't be easily removed. Somebody before me left several burn marks on the input wires and a few dry looking, untidy solder joints too. The heads had been replaced at some point and the unscreened twisted wires extended, which caused parasitic oscillations.  Once this problem was cured and the strange mods reversed, the thing behaved itself properly.