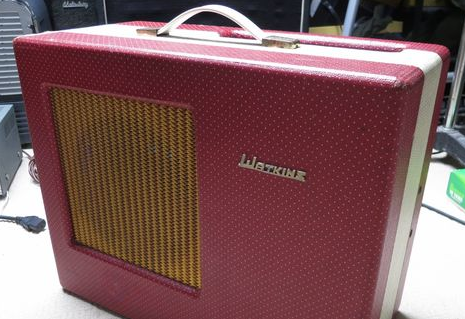 Watkins Westminster Repair
A very nice chap I know brought this Watkins Westminster he just won on Ebay for me to "have a look at".  He also wanted to understand a bit more about how to go about assessing old amps.  I recognised this one immediately and It turns out that we bid against each other!

So we plugged it into my "bulb" limiter and tentatively switched it on, a finger on the off switch just in case.  The bulb stayed fairly bright yellow/orange for such a small amp, indicating something was not well, probably the main filter capacitors.  There was a fair bit of hum and hiss and the controls were very crackly.  We plugged in a guitar and it worked, though the jack sockets were intermittent and tapping the control panel caused a racket.  Even with the current limiter, I didn't want to risk more than a minute or two so it was switched off again.

We took the back off, drained the filter caps and had a good look around.  It appeared to be all original and untouched since manufacture, other than the tremolo cable had been cut off.  The output tranny was hanging off it's wires and only one loose screw, and we noticed a small bulge in the can cap base, which was actually leaking clear fluid.  I'm glad he didn't just plug it into the mains to try it out because it might have spelled disaster.   I did that once and my poor little Leo amp went up in smoke!  An expensive lesson, and I still haven't got round to replacing the mains transformer as it's probably beyond the value of the amp.  It did sound really good though for the few minutes I had it!

We removed the chassis and valves, bolted the transformer back, secured the main earth connection, cleaned the pots and jacks, valve pins and sockets, reinstalled it all and plugged it back into the limiter.  It was a bit better, but still some crackling noises when you tapped the control panel.  We quickly switched off and I recommended a course of action.

A few days later the parts arrived and we replaced the filter capacitors.  This time, when we plugged it into the limiter, after the initial surge of current, the bulb dimmed and appeared to go out completely, indicating good electrical health.  The amp was working and sounding quite good, although quiet for a 10 watter, and there was still some intermittent spitting and crackling.

So, partially shorted filter capacitors will give rise to increased current draw, which will put strain on the mains transformer, rectifier valve and possibly short out completely, taking some of those expensive components with them.  Always use a current limiting device when trying out an old amp!  I kept hold of the Westminster for while to investigate further. 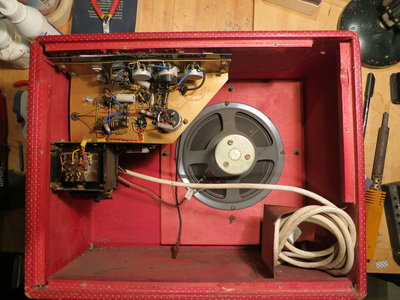 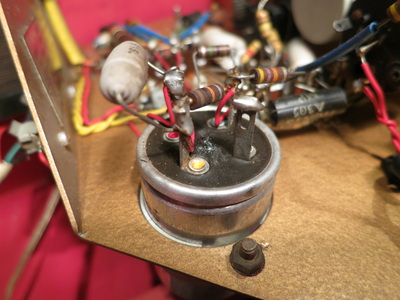 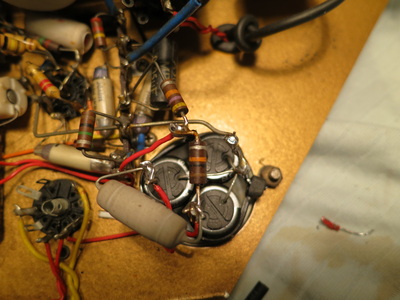 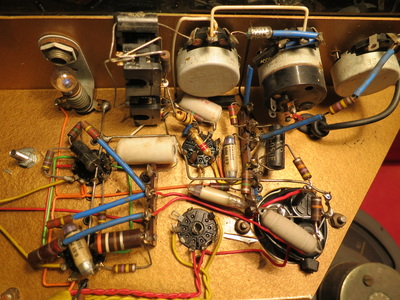 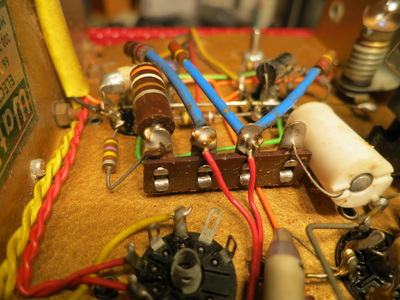 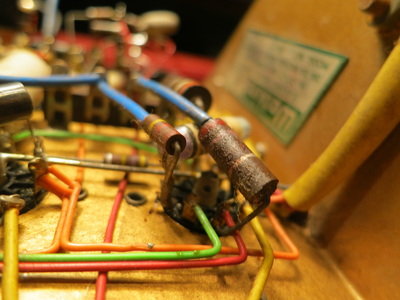 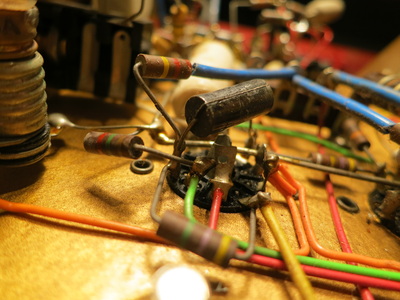 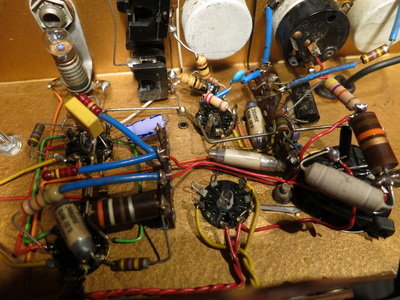 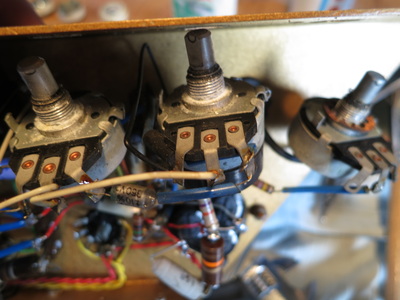 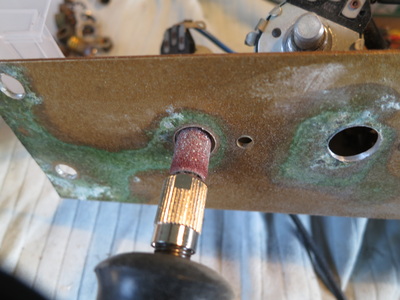 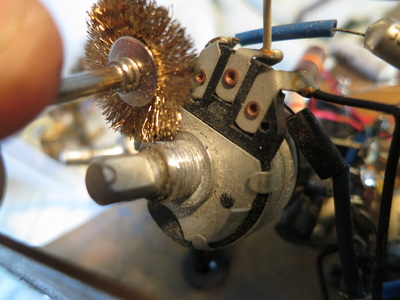 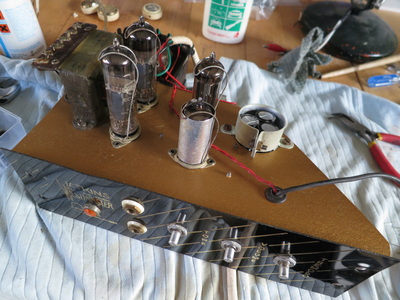 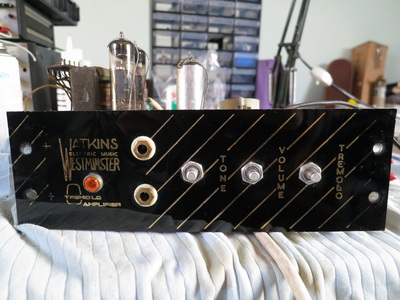 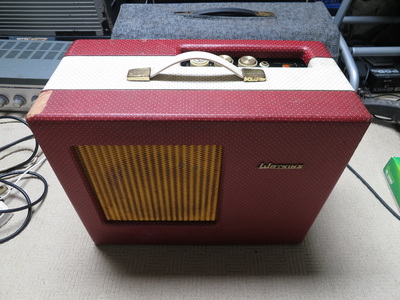 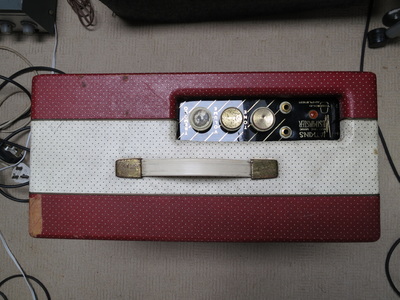 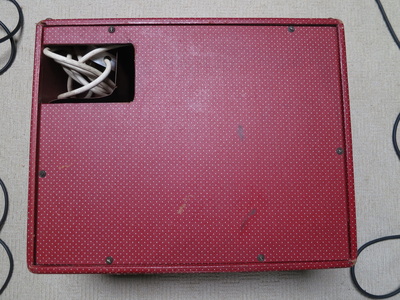 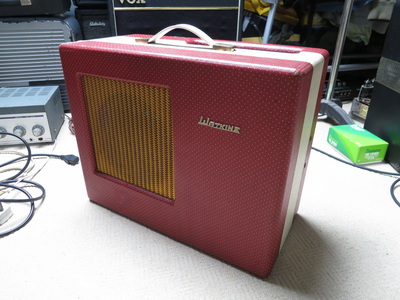