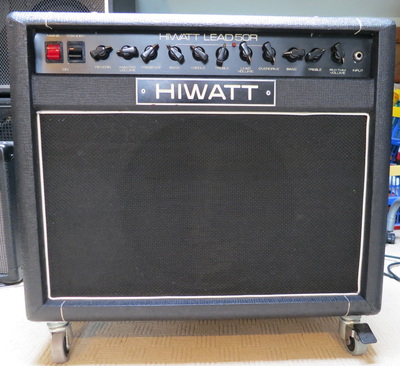 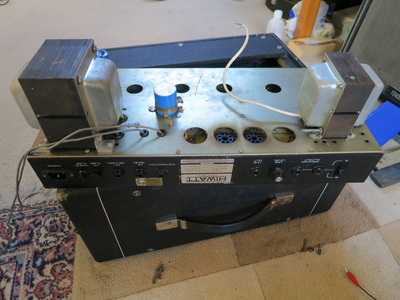 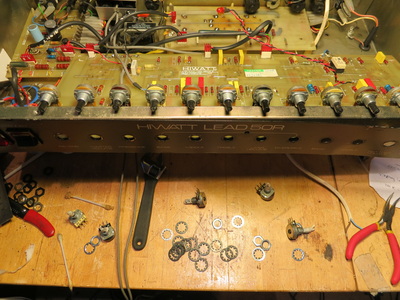 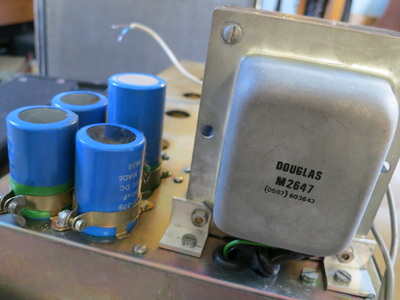 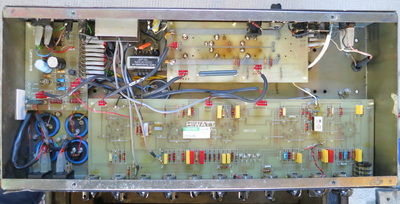 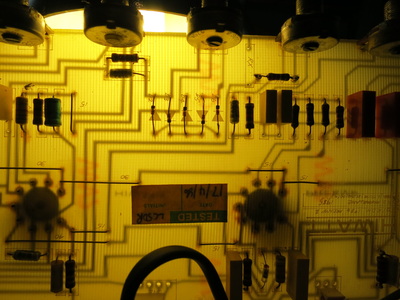 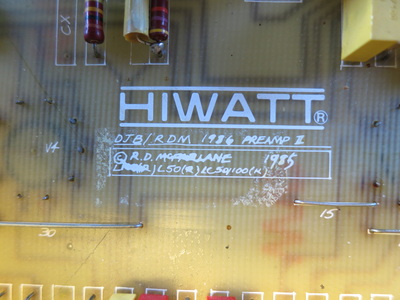 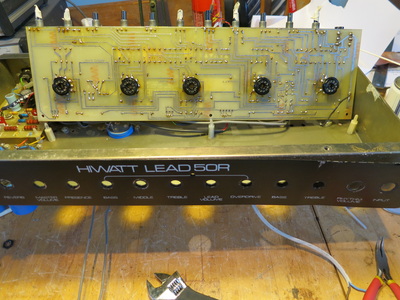 Quite nice amps these, although some people don't like the way the power valves hang down from a PCB which can heat the board a bit.  I couldn't find a schematic anywhere and PCBs are a nightmare to follow so I'm glad there were no other problems.  All the components looked good, with no burned or out of spec resistors.  There was some heat discolouration on the board around the power tubes but all the solder joints were good.

This amp worked quite nicely but with the overdrive and lead volume turned all the way it was oscillation badly, causing a squealing feedback.  The reverb pan was flopping about and some of the knobs were very noisy, especially the master volume. There were the usual snags and scrapes to the tolex which were treated.

I tested all 5 ECC83 preamp tubes one at a time in my little se champ clone.  Two of them were a little microphonic, but not serious enough to replace them.  However, all of them were greasy!  The valve sockets too, were covered in Vaseline, presumably to stop corrosion.  Everything was thoroughly degreased and all pins and contacts deoxidised.

Next, I replaced 5 defective pots which did not respond to the usual spraying.  At the same time, I removed any oxide from the contacting faces of the pots and chassis and gave each one a star washer.  I was surprised there were none of these included in the manufacture.