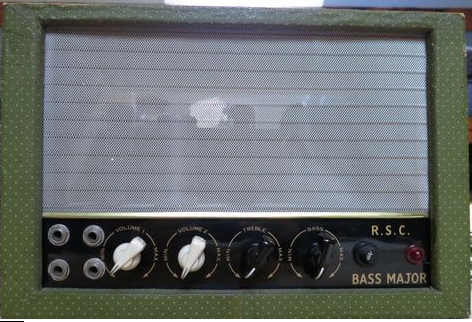 I can't remember what I paid for this with no valves, but I was attracted by the green spotty pattern of the covering, the black front, and the proper 1/4 inch jack sockets on the front.  Many of these Linear amps had phono sockets on the front or side.  It also looked old. The previous owner said one of the EL34s glowed red and smoke appeared at the valve base when he switched it on.  As I had plenty of valves floating about it wasn't a problem reinstalling them.

I think this was a factory built amp rather than a home build, but either way, the components are pretty cheap.  Note the old kitchen drawer handles!

First to go were most of the blue Hunts coupling caps.  One of these was leaking dc onto the grid of the glowing valve and effectively turning it more than full on, hence the red plate and localised burning dust smell.  I can't find a schematic for this model so used the similar 30 Watt Bass Regent one as a starting point.

It's sad to see so many dodgy resistors with metal caps on the end!  One of these was in two pieces.  I changed some that were obviously off spec but really they should all be replaced with decent ones.  However, I just wanted to get it working for now.

Update 7 October 2013
I decided to finnish this one off with some new F&T filter caps and one or two key resistor changes.  It was necessarry to enlarge a hole in the chassis and add a clamp and grounding wire. Again, one of the metal ended resistors disintegrated and had to be replaced.  As this was a 220k Ohm input resistor I replaced it with a 68K, so it now has a high gain channel and one stock.  It's actually quite a nice sounding amp now, louder, more willing to break-up and the hum has gone completely. Still some hiss so I might replace some more resistors.
13 October
The hiss has been greatly reduced by replacing three key resistors.  This is a really cool little guitar amp now, quite Voxy!  Kicking out 15 Watts clean and around 23 Watts at full clip! 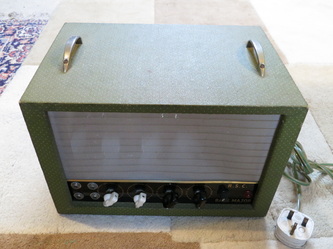 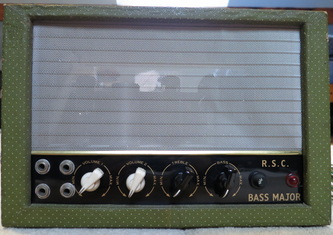 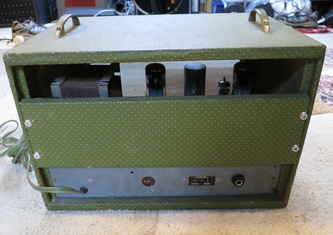 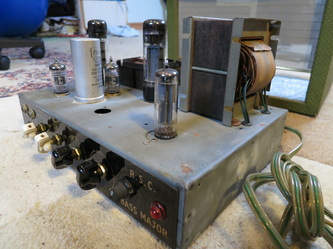 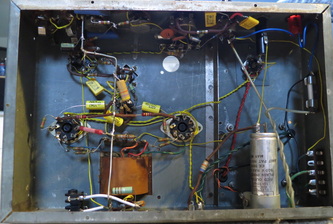 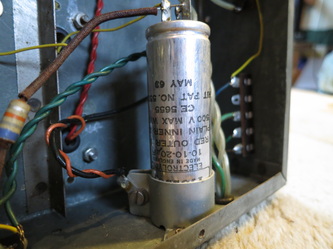 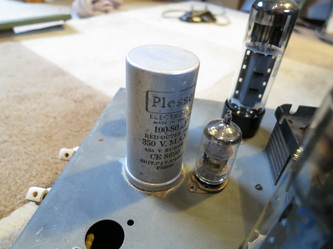 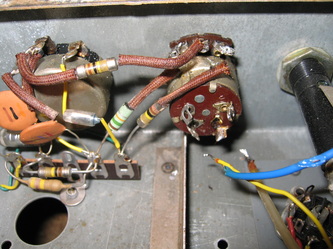 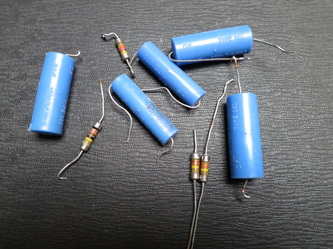 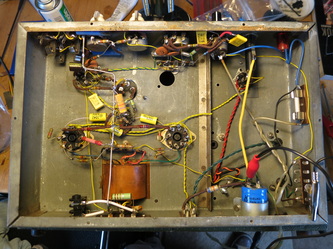 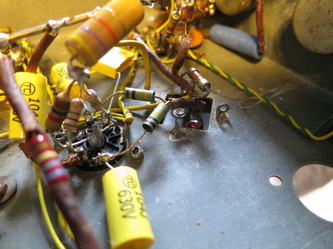 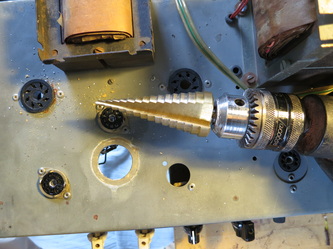 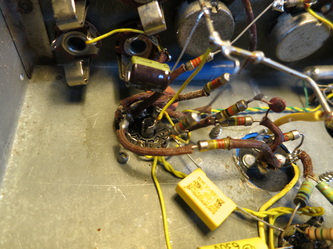 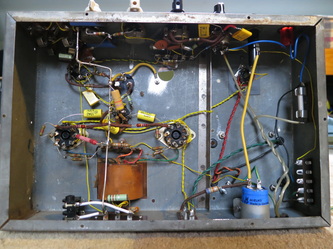 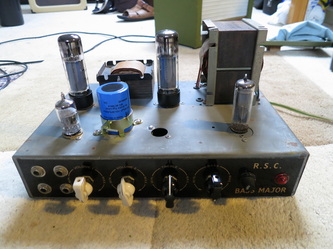 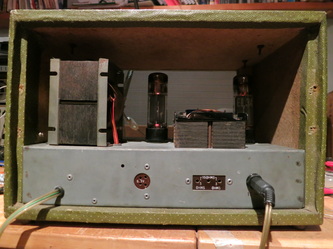 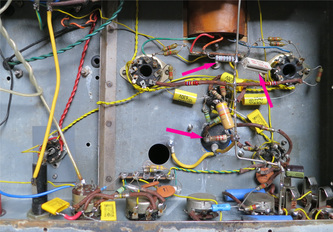 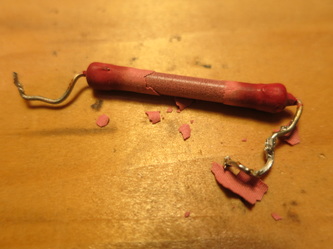