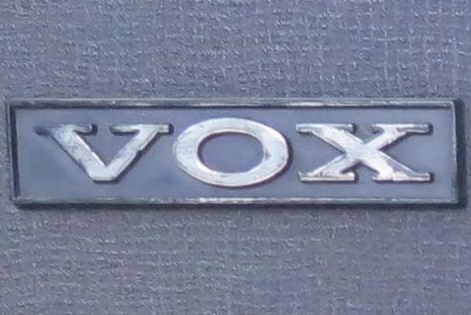 This was a real epic task! Firstly the thing wasn't working and made horrible noise.  When I switched it on it immediately started to hum.  This got louder and it started motor-boating.  I immediately switched it off again.  Next, it looked a sorry state with parts missing and broken off, sagging speaker cloth and tolex flapping in the breese.  It was very dirty and unloved.  Someone had disrespectfully deposited their flavour-lost chewing gum onto a corner of the face-plate, and there was some kind of hair in it YUK!  I gave it a thorough wipe-down before carrying it up to the lab!

There was some history with this amp and the current owner wanted it restoring back to health and some of the missing parts putting back.  Luckily I had a pair of old vox handles that came off an old 1x18 cab I scrapped a while back, so they would find a new home.

After removing and cleaning all the valve connections and re-seating them correctly (the power valves were partly fallen over out of their sockets), I turned the vox on again to see where we were.

Tremolo channel was weak, distorted and hummy.  Turning the selector switches made horrible noises and the pot-nuts were loose.
Normal channel wasn't working at all.
Top Boost channel was noisy, distorted and the hum level increased as you turned up the volume and bass controls. 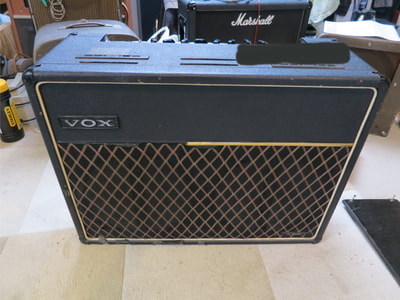 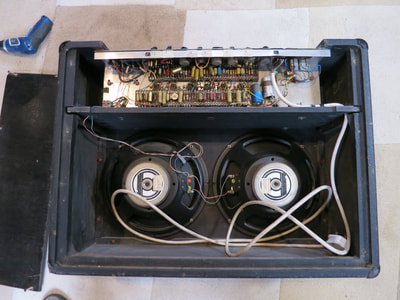 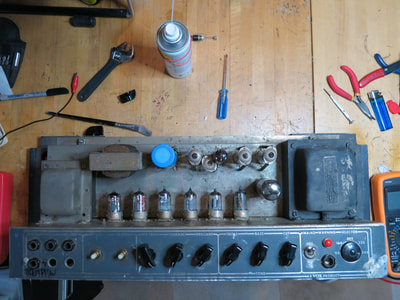 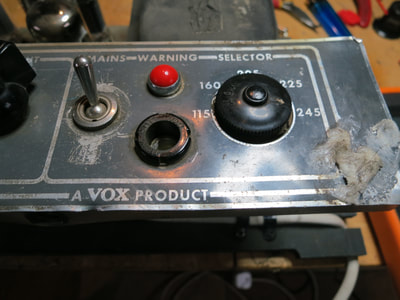 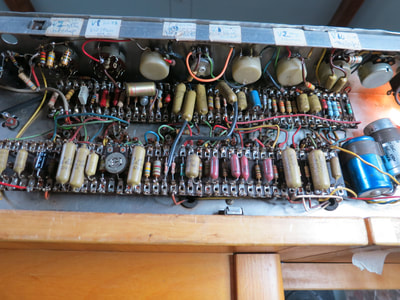 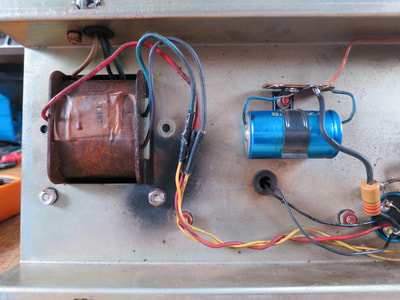 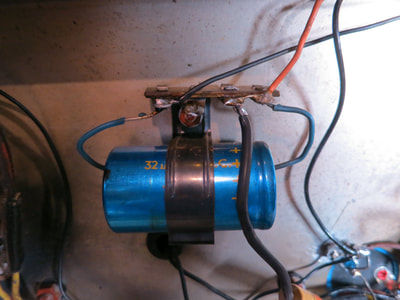 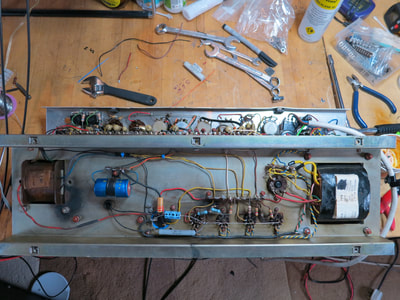 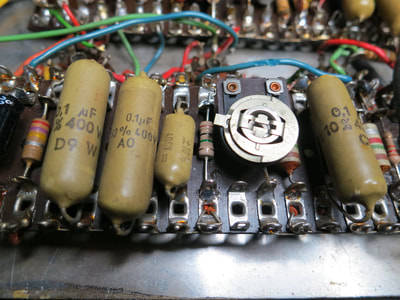 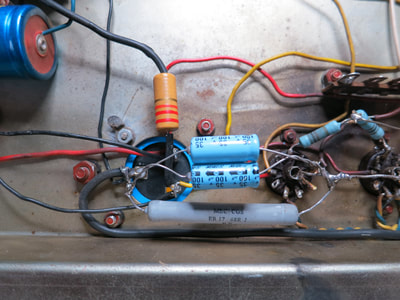 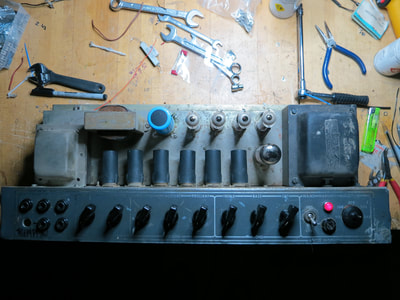 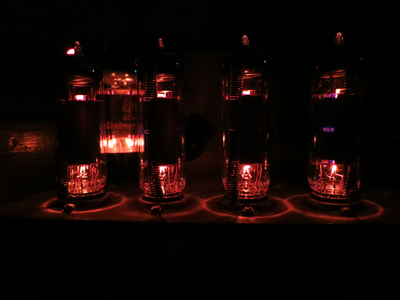 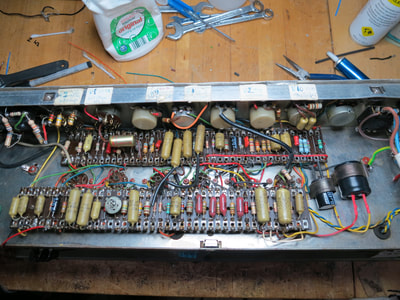 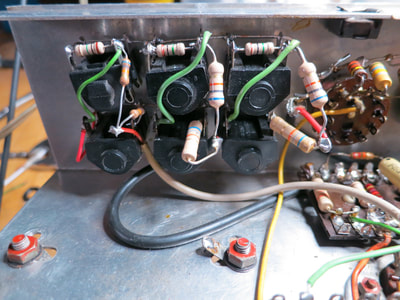 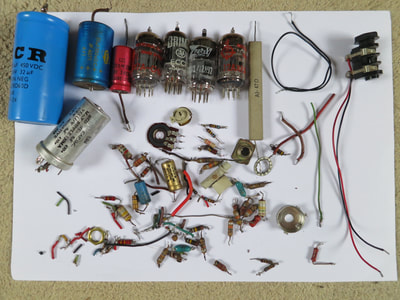 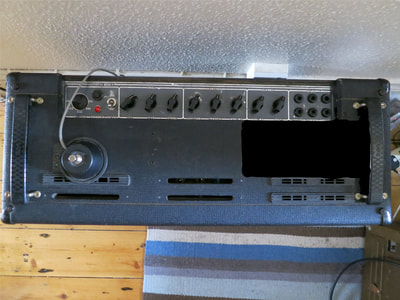 To cut a long story short, other than the ususal servicing stuff you do on old amps that haven't been touched in ages, here's what we did:By now. the parts alone amounted to over £160, so the gold strip and 3rd handle were not replaced. I did what I could cosmetically, including gum removal, as I inadvertently put my hands on it a few times!

All said, this was a difficult task but a rewarding one for me.  Over the weeks it sat on my bench, It tested all my skills and taught me a great deal about the Vox design. The AC 30 TB to me, is both brilliant and a bit daft in its layout, and the grounding method is primative by today's standards.  I think Vox did a much better job with the AC 50, which is a lot quieter, especially the treble channel, but playing the finished amp was an absolute pleasure and I hope the people who play it in the future will find some inspiration when they plug in.