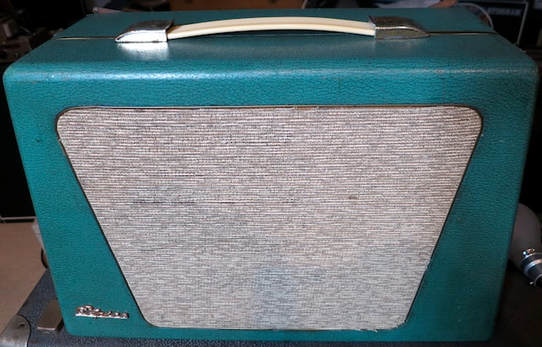 Elpico AC52 Repair and Restoration
Got a great deal on this cute "little green amp".  It's very similar in looks to the legendary Dave Davies one and the one Paul McCartney has, but is single ended, producing only 4 or 5 Watts. The seller stated that he turned on and there was crackling but hadn't tested it further. It was delayed in the Christmas post, so while unboxing it I got quite excited.  When the cute little green thing popped out it was love at first sight!

After the usual wipe down with a damp cloth, I noticed that what I thought were paint spots in the photographs, were in fact signs of wood-boring beetle attack.  Though it was not severe and the cabinet was strong and intact, I decided it needed treatment, just in case there were any critters still chewing away inside. Cleaning the interior of the cabinet revealed the dried up carcass of one of the culprits (photo).  I injected each hole with a syringe full of stuff and dabbed it around liberally with a paint brush.  It soaked in readily and I was careful not to brush off the chalk marks.  It even soaked into the vinyl. As the stuff is extremely thin and volatile I was hopeful it would not have a detrimental effect on the glue.  I am pleased to report it did not.  Unfortunately it still smells a bit when the amp is in use but I think this will eventually go. I concocted a mixture of wood filler and some old acrylic glass paint to make the holes magically disappear.

Every one of the dreaded Hunts capacitors gave a poor reading so they were all replaced.  The output tube cathode bi-pass electrolytic was shot too, but the main smoothing capacitors all gave excellent readings so were retained, as were two polypropylene tone caps.  Quite a few resistors were wildly out of tolerance too,  including the two 4.7 Mega Ohm grid leak resistors which read 11.5 and 14 Meg.

This is an early version of the AC52 which has the V1 cathodes tied directly to ground.  The grid bias is achieved by a large value resistor from ground to grid which leaks electrons onto the grid making it slightly negative wrt the cathode.  I measured -0.47V and -0.56V on pins 2 and 7 during final checks.  The slight difference is probably due to inequalities in the triodes and plate resistances. 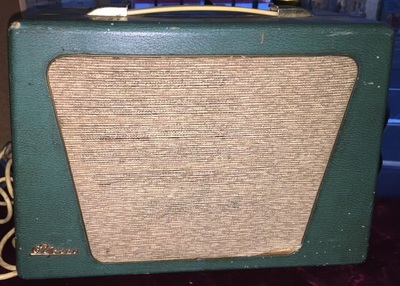 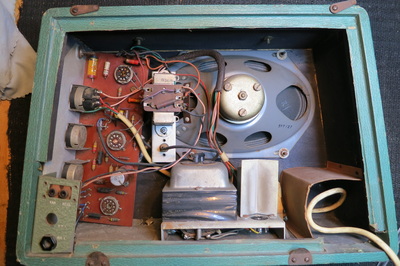 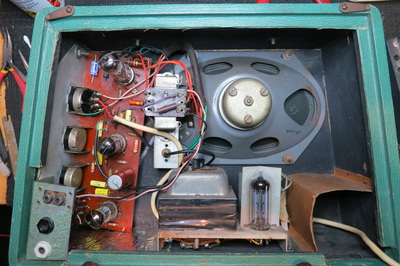 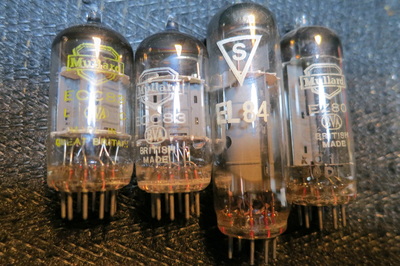 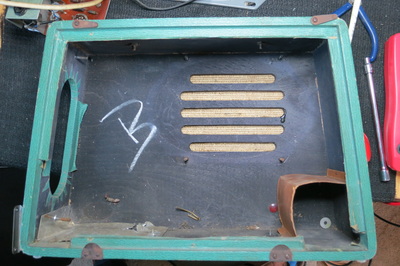 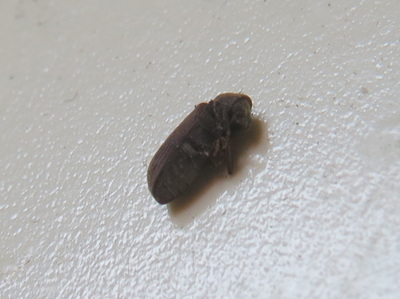 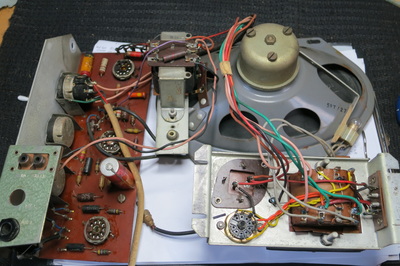 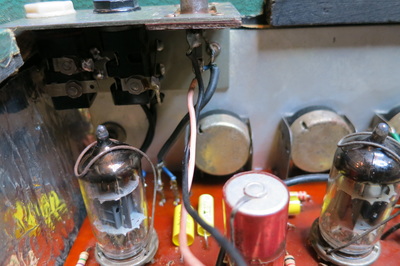 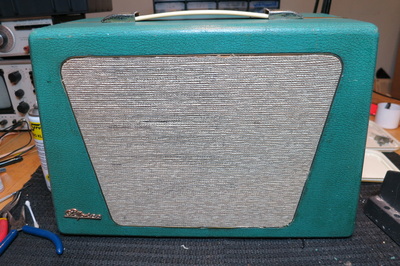 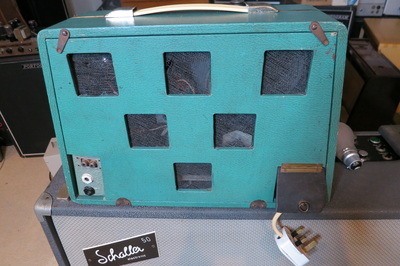 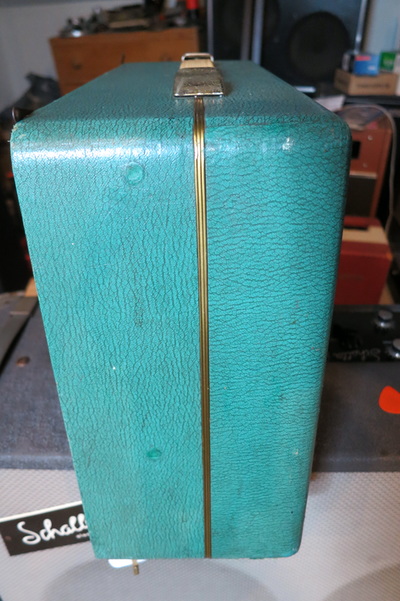 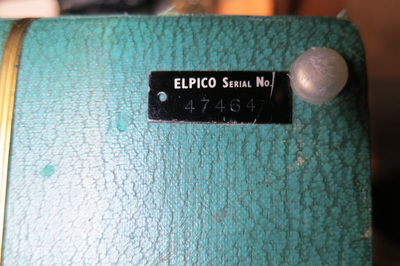 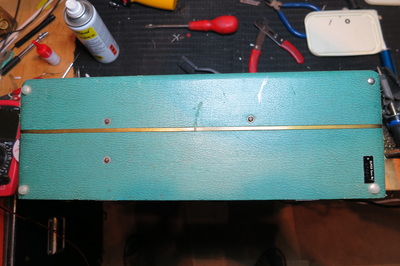 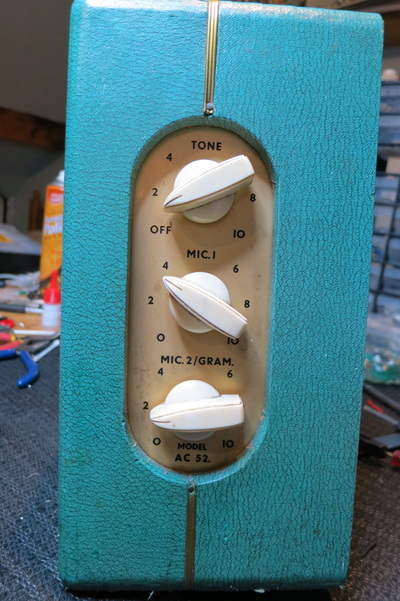 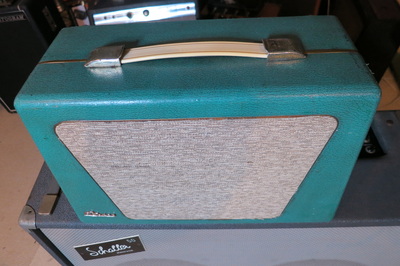 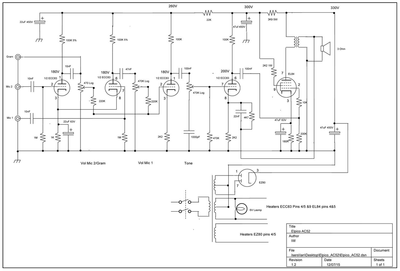 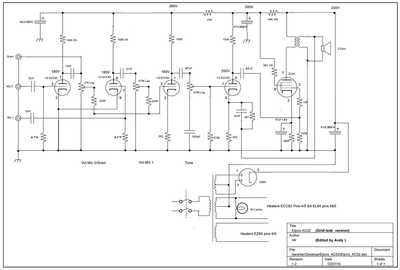