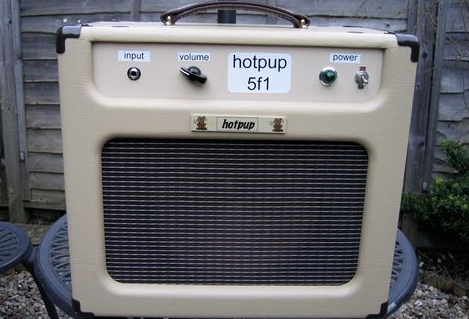 This is a bit of a mystery really, but I believe it's a home built project in a Harley Benton cabinet.  It was a bargain, but had an unacceptable hum, and a crappy, farty, elliptical speaker.  I spent many hours trying to solve the hum problem, rewiring the heaters, installing an artificial centre tap and using screened input cable.  None of this made any real difference.  In the end, as an experiment, I disconnected the feedback wire from the OT and the hum all but disappeared. It also really improved the tone and touch sensitivity.  Later I added a cathode bipass cap to the 1st stage of the 12ax7 and the hum was gone!

The first speaker I tried was an old 10" Celestion I had kicking around.  This boosted the volume, but too much bass.  Next, it was hooked up to a lovely old 12" Bell & Howell cinema speaker which sounded awesome clean but a bit too brittle to punish.  A hunt on Ebay and I had a vintage alnico 10" taken from a Decca radiogram.  Now I think it has a really good tonal balance.  I added a speaker jack under the chassis to hook up different speakers and a three way mini toggle on the front that gives it a fat boost, a mid boost or no boost.  I may add 2 more jacks for the 8 and 16 Ohm taps at some point.

Champs are extremely versatile, great for jamming and recording, and considering the asking price of over £900 for even the reissues, I think I got a great deal.  I also use it to test pre-amp valves. 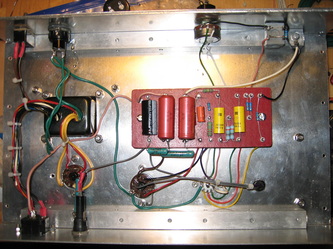 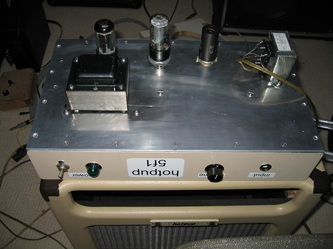 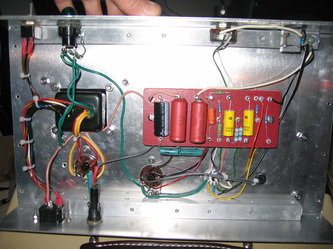 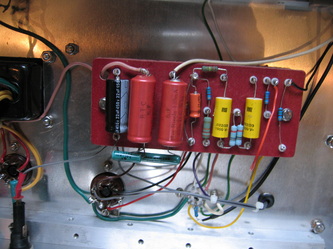 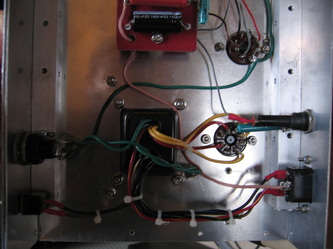 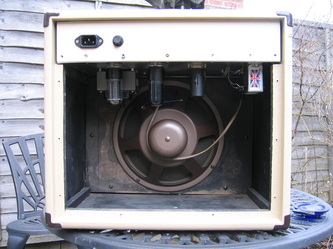 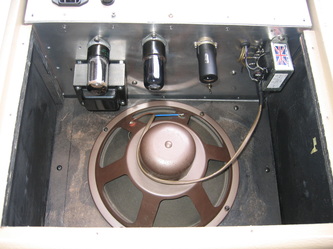 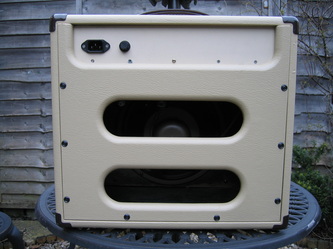 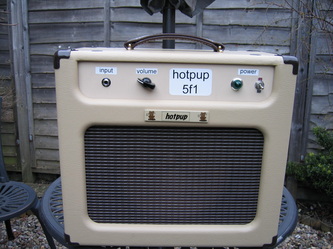 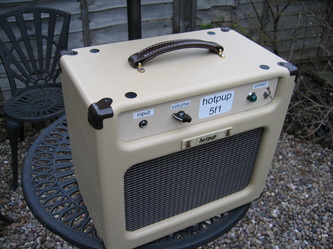