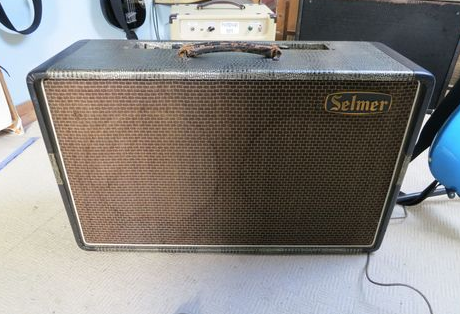 Here's one for all the Selmer fans.  It sounded really nice at low volume apart from some hum.  The tremolo depth was very weak and the hum increased as you turned the depth control.  I assumed a recap would sort it out but there was more to it.  With the back removed, I could see one of the power valves glowing and obviously drawing a lot more current than the other.  I swapped them round and the same valve red plated.  One EL84 was a Mazda and the other a Zaerix.  I put in a good pair and the same thing happened, both were running too hot.   Changing the coupling caps from the phase inverter and a few way out resistors sorted out the glowing but not the 100Hz hum, which could be reduced to virtually nothing by fine tuning the tone controls.  I replaced the bias diode and it's smoothing capacitor, which seemed to help reduce the hum a little. Next were the smaller smoothing caps. The main can looked fairly recent, and adding extra capacitance had no audible effect, so I left it for now and ordered a new 32uF + 32uF for later.

There was still some DC getting through to the bias circuit when the depth control was turned full on, (about 3 VDC bias change) so I replaced another failing Wima coupling cap and the problem disappeared.  Now the tromolo depth is back to how it should be.  This model uses quite a rare method for the tremolo of varying the bias voltage to the main power valves, and you can watch the cathodes pulse.  It's a shame there's no magic eye on this amp!

I was really lucky to try the finished amp out in my friends' studio recently and it is loud, uncompressed and clean up to about half way, then there's that throaty Selmer growl from  2 EL84s in fixed bias.  With a higher gain ECC81 or even an ECC83 in the V1 position, then it's a whole different beast.

The only slight modification I made was to change one resistor from a 33k to a 47k.  This was to raise the negative bias voltage from -16.5 to -18VDC, in view of such high plate and screen voltages (396 aand 394 on the EL84s.  I had to borrow a pair of mullards from another amp temporarily, but have now replaced them with some low current draw JJs and all is well.

I managed to pick up a very good pair of RTC speakers which I believe would have been the original speakers.  The four fixing holes cover a smaller radius than most 12" speakers.  Placing the RTCs on the baffle showed that the original studs, which had been been sawn off, were in the right place. 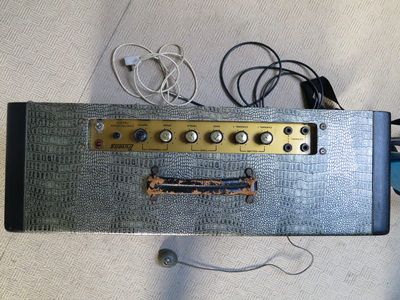 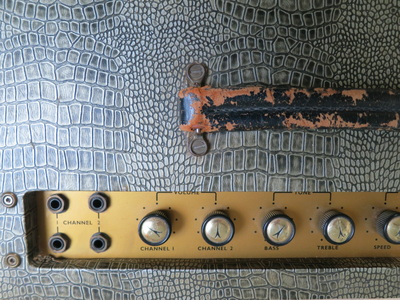 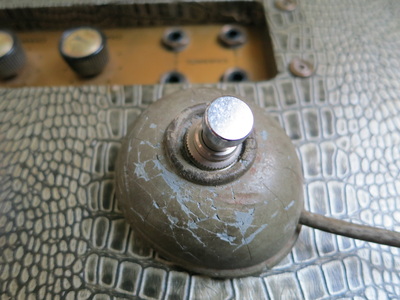 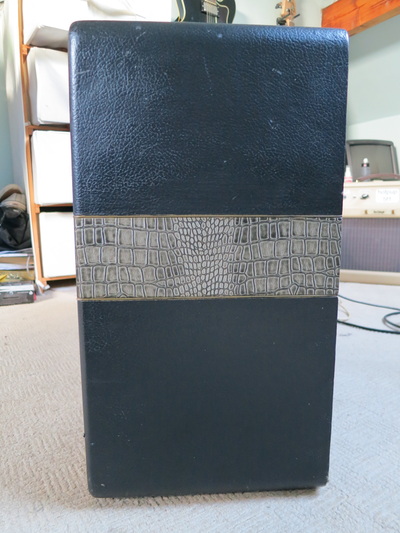 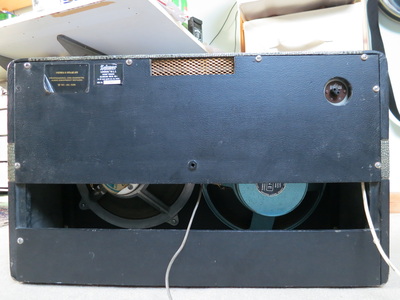 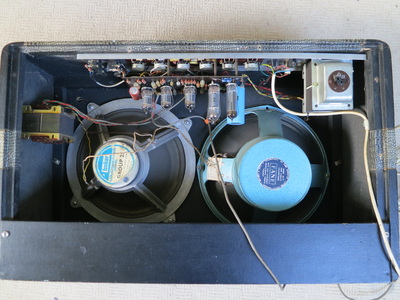 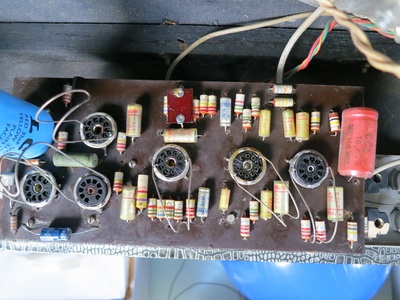 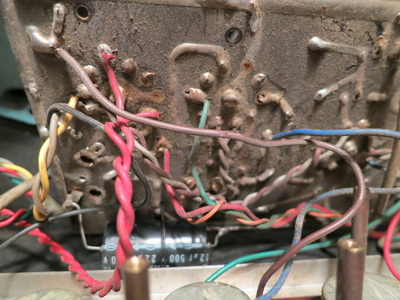 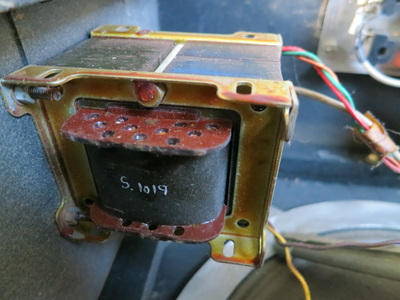 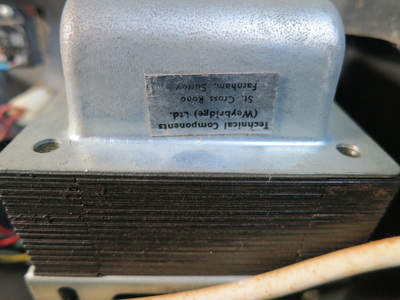 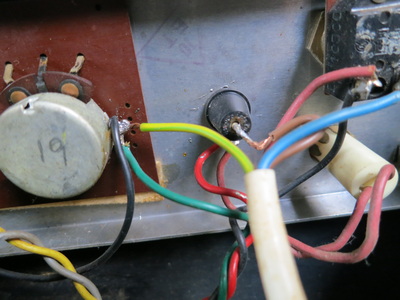 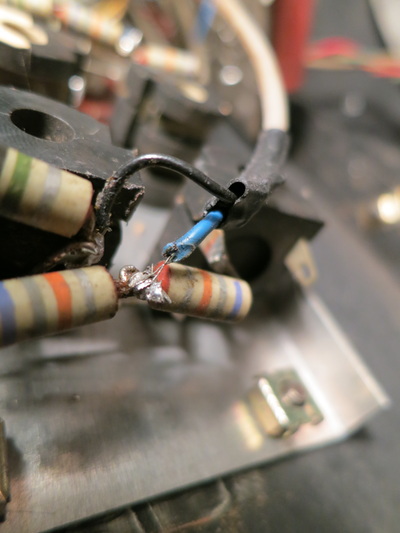 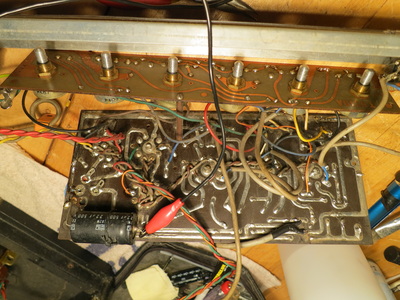 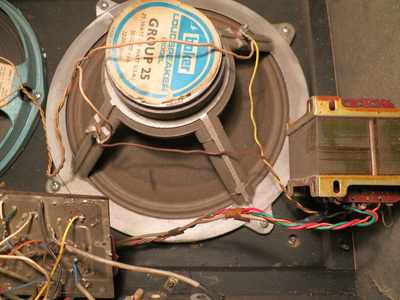 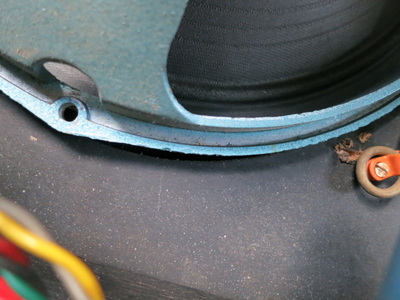 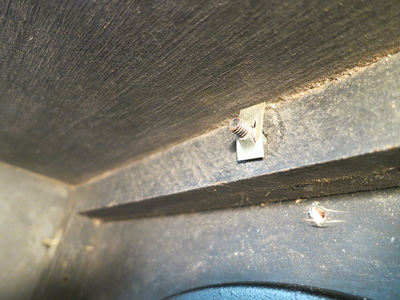 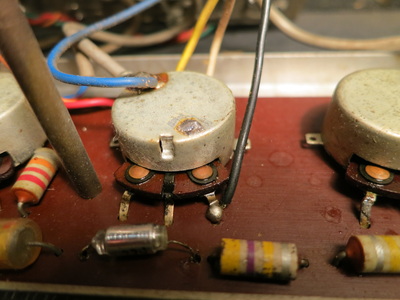 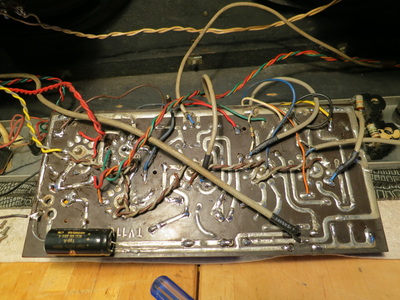 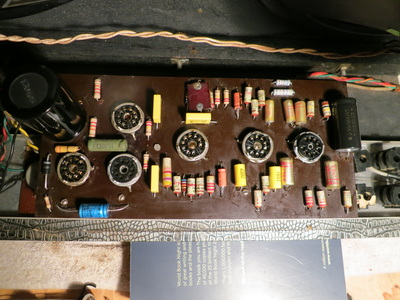 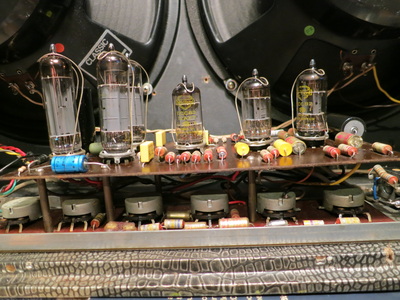 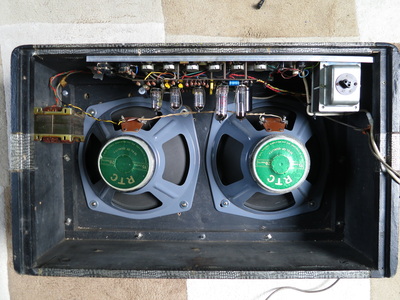 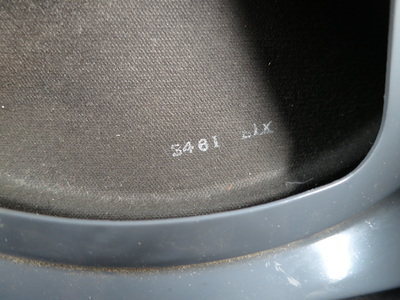 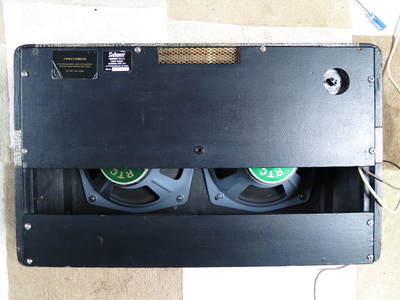 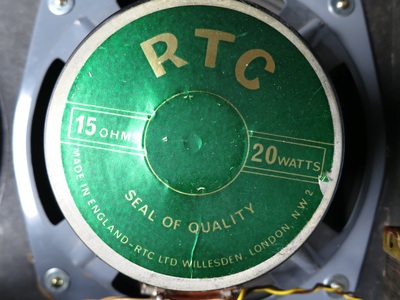