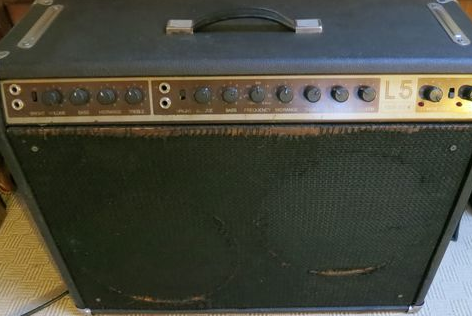 I spotted this one in a really bad state on Ebay and got it for a song really.  A shop had it and it was lying around for ages waiting for the tech to get round to.  In the end, a basic service of the pots and jacks and a soldering iron to the reverb tank and it was fully operational again.

Somebody had recovered it, and not very well. I checked underneath and the original tolex was still there.  After several afternoons with wire wool, scouring pads and cans of contact adhesive solvent, I had all the glue off.  I managed to repair the worst scrapes with small strips of tolex from the inside of the cab.  A bit of touching up and a good brushing with some black polish and the old thing was looking more like it should.  I still haven't got round to recovering the baffle but I kind of like the thread-bare look of this 36 year old gem.  My mate loves it.  He can get all sorts of Jeff Beck tones out of it.

This range of Lab Series amps were originally very expensive pro amplifiers.  Famous users being BB King, Alan Holdsworth and Ty Tabor.
Designed by none other than Bob Moog for the Gibson / Norlin company, this has probably the best solid state overdrive sound bar none.  It features a built in reverb, compressor and a mid band notch filter which gives a huge range of voicing.  The clean sound is very Fender like and ballsy.  Very few people know how excellent these are, but I owned an L2 bass head and cab, which is very much the same design, and it was great for guitar, though less gainy than the L5. 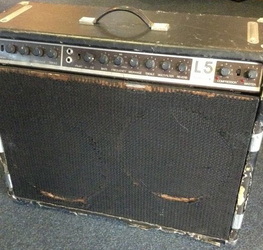 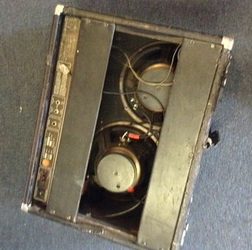 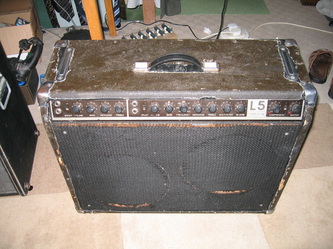 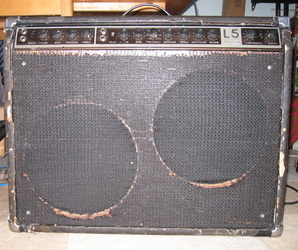 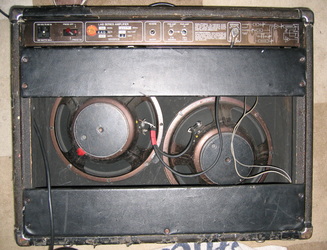 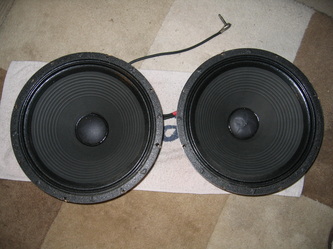 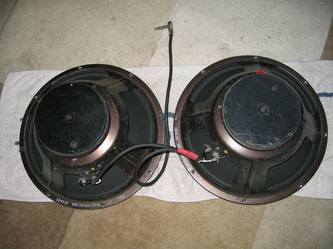 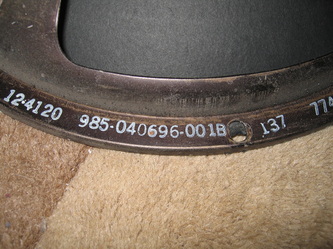 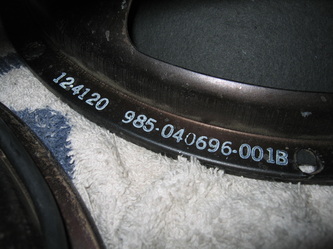 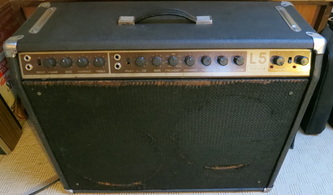 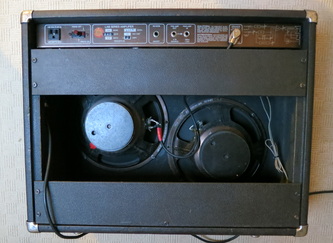 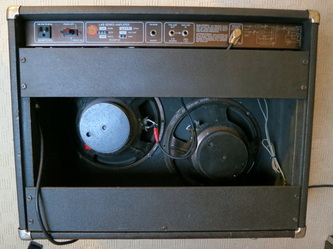